The Green Bay Packers have been without Elgton Jenkins for practice each of the last two days due to an ankle injury, and coach Matt LaFleur isn’t certain he’ll have his starting left tackle available for Sunday night against the San Francisco 49ers.

What happens if Jenkins, who was already replacing All-Pro David Bakhtiari (PUP list) at left tackle, can’t play? The Packers will be forced to do more shuffling along the offensive line.

Two options look like the most likely if Jenkins is out.

The Packers could shift Billy Turner, the team’s starting right tackle, over the to left side, where he started four regular-season games and two playoff games last season. Dennis Kelly, an offseason addition who started all 16 games at right tackle for the Tennessee Titans last season, could take Turner’s spot on the right side. This looks like the most likely and safest option. Turner and Kelly are both experienced at the two respective positions, which would probably give the Packers the best chance of holding up against the 49ers defensive line.

Another option is possible but far less likely. Yosh Nijman is listed as the backup at left tackle on the team’s unofficial depth chart. An undrafted free agent from Virginia, he’s now in his third year in Green Bay. And he was terrific for much of the preseason when he played the majority of the team’s snaps at left tackle over three games. If the Packers wanted to keep the four other offensive line starters at their current positions, Nijman could simply replace Jenkins as the starting left tackle. It would be a tremendous risk to start Nijman, who has played 14 total snaps during his NFL career, at a premium position against a defensive line featuring Nick Bosa.

Ideally, Jenkins will recover enough to play on Sunday and make the discussion a moot point. The Packers need all their best players available along the offensive line against one of the NFL’s best defensive fronts. But if Jenkins can’t go, the Packers appear to have at least two different backup plans.

Stock up, stock down following Packers’ win over Lions in Week 2 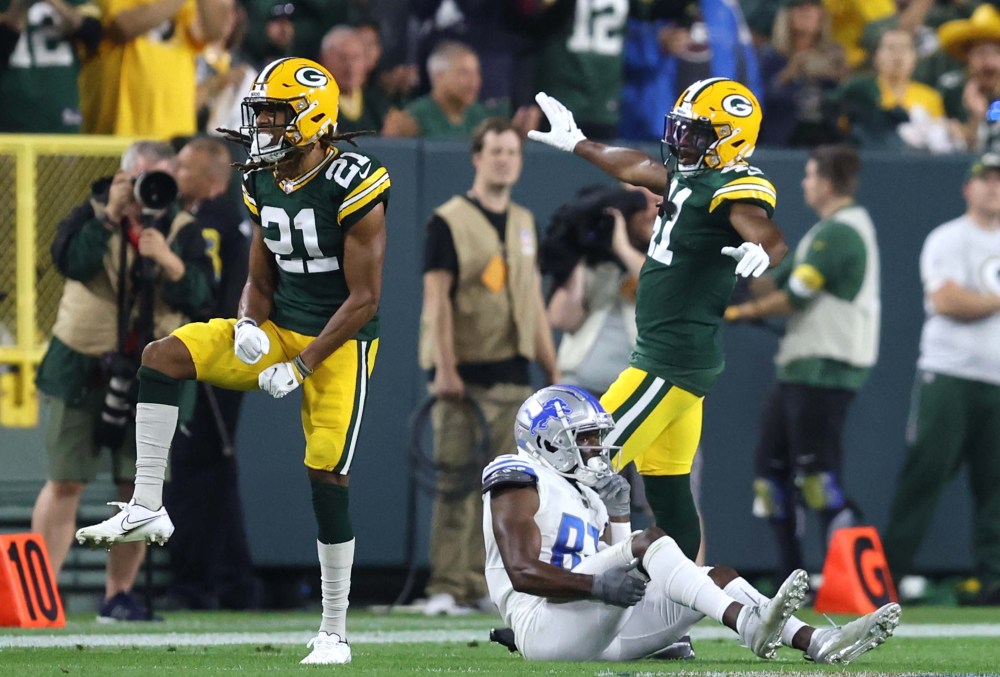