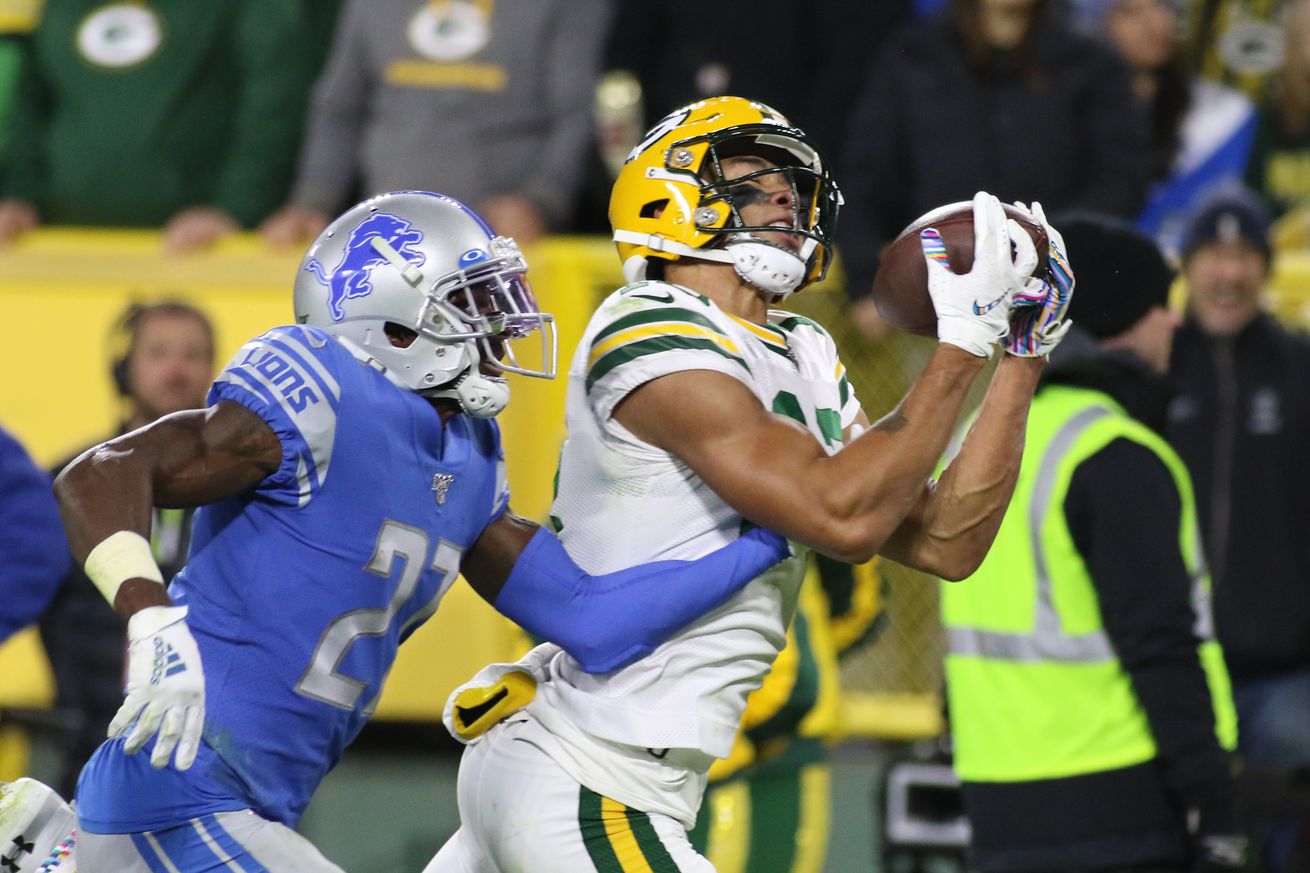 Lazard came up big for the Packers Monday night

For good teams to win close games, they often need to rely on timely contributions from even the most unlikely of players. At 5-1 and in first place in the NFC North, the evidence is beginning to mount that your 2019 Packers are, in fact, a good team, and they got some extremely timely contributions from Allen Lazard down the stretch in their 23-22 win over the Lions.

But Lazard is hardly an unlikely contributor. It’s just taken him a little while to reach this point.

Despite leaving Iowa State as the program’s all-time leading receiver, Lazard went undrafted in 2018, despite some interest from the Packers…as a tight end. Ultimately staying put at receiver, Lazard stuck around through the 2018 season only to be unseated by Darrius Shepherd over the summer, returning as a member of the practice squad before ending up on the 53 man roster in short order.

Now, that journey must feel like a distant memory as the Packers celebrate their fifth win of the season thanks in large part to Lazard, who was ready and waiting when his time finally came.

Aaron Rodgers seemed entirely unsurprised by Lazard’s big-time catches down the stretch, saying Lazard has been preparing for a moment like this for quite some time.

Rodgers was so confident in Lazard that he lobbied for him to get more reps in the fourth quarter, which paid off big time.

The Packers defense bent but didn’t break, surrendering just 22 points despite the Lions running 28 plays in Packers territory. A couple of big plays early notwithstanding, the defense provided a winning effort.

Kickers don’t get all that many opportunities for Lambeau Leaps and Crosby made the most of it. With some help. I mean, a lot of help. Look, man, he’s called a “kicker” not a “leaper,” okay?