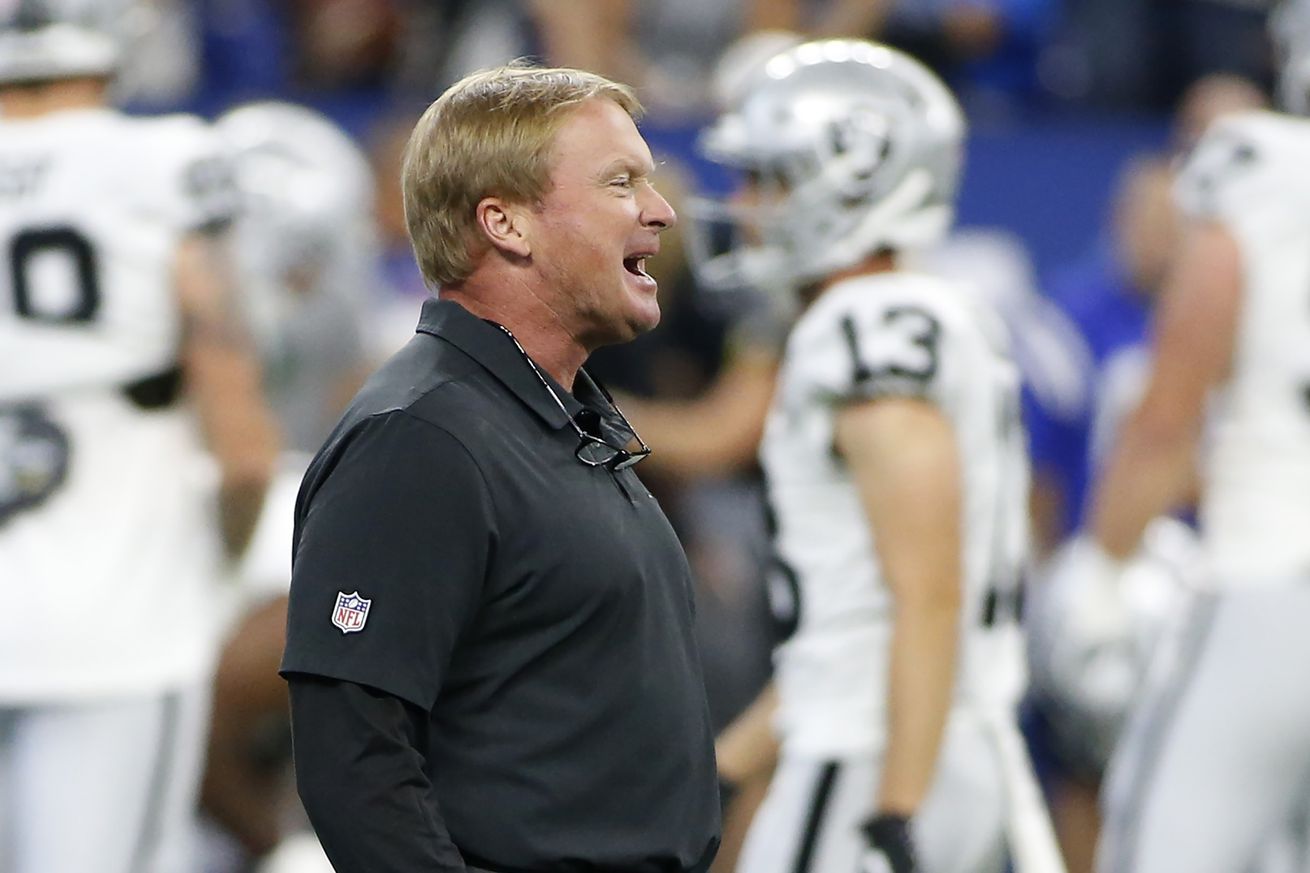 On Sunday, the Green Bay Packers face the Oakland Raiders for the first time of the second Jon Gruden era. Levi Damien of Silver and Black Pride kindly volunteered to answer our questions about the Raiders and provide some insight into their strengths and weaknesses.

APC: After two blowout losses to the Chiefs and Vikings, the Raiders have pulled out back-to-back wins by seven points or less. Are those victories indicative of a team figuring itself out or simply the randomness of close games?

Well, it isn’t random any more than those blowout losses were. They found something against the Colts in week four that turned things around for them or it would have been another blowout loss, probably followed by another against the Bears. I have never been a big believer in momentum. Mainly because it is often based on nothing. This time it was different. Things aligned for them in Indianapolis and it came with a lot of adversity. They pulled out the win and suddenly seemed to realize that they could win despite their issues with injuries and losing both their top offensive weapon (Antonio Brown) and defensive captain (Vontaze Burfict). They carried that with them to London and beat the Bears at their own game. As big a win as the first one was in order to bounce back from those previous two demoralizing defeats and get back to .500, beating the league’s top defense a week later on the other side of the planet was even bigger. The only area I would question is that both wins came against teams without their supposed starting quarterbacks. Obviously, that would be a big concern considering they will face Aaron Rodgers this week.

We’d like to thank Levi. Be sure to check out the rest of our Q&A session with Silver and Black Pride over the course of the week as well as our Q&A session over there. As always, keep your internet machines tuned to Acme Packing Company this Sunday for our comprehensive game-day coverage of Raiders versus Packers.