The Green Bay Packers have a good problem entering the 2022 season: Two excellent running backs who need as many touches as they can get.

Aaron Jones and A.J. Dillon both went over 1,000 total yards last season, and they’ll both be asked to be engines for an offense that lost receivers Davante Adams and Marquez Valdes-Scantling.

Both backs could see more of the football in 2022, especially in the passing game. Jones and Dillon are capable pass-catchers, and LaFleur is adept at game-planning touches for weapons. He now has an obvious need to evolve the offense and center the scheme around his running back duo.

In fact, there’s a strong case to be made for the Packers finding a way to get 500 or more combined touches to Jones and Dillon this season.

There’s even a chance the offense will have more packages with Jones and Dillon on the field together.

A fun offseason question to ponder: Which running back will finish with more touches in 2022?

Jones is the No. 1 back, and he’s a better overall receiver. His reception total could increase as an underneath option. At the peak of his powers in 2019, Jones handled 285 touches. But Dillon is perfectly built for a big workload as a runner, and his desire to be an “APB,” or all-purpose back, could mean more snaps and more touches as a third-year player. It’s worth noting: Jones has missed at least two games to injury during four of his five NFL seasons.

You make the call: Does Jones or Dillon finish with more touches during the 2022 season? 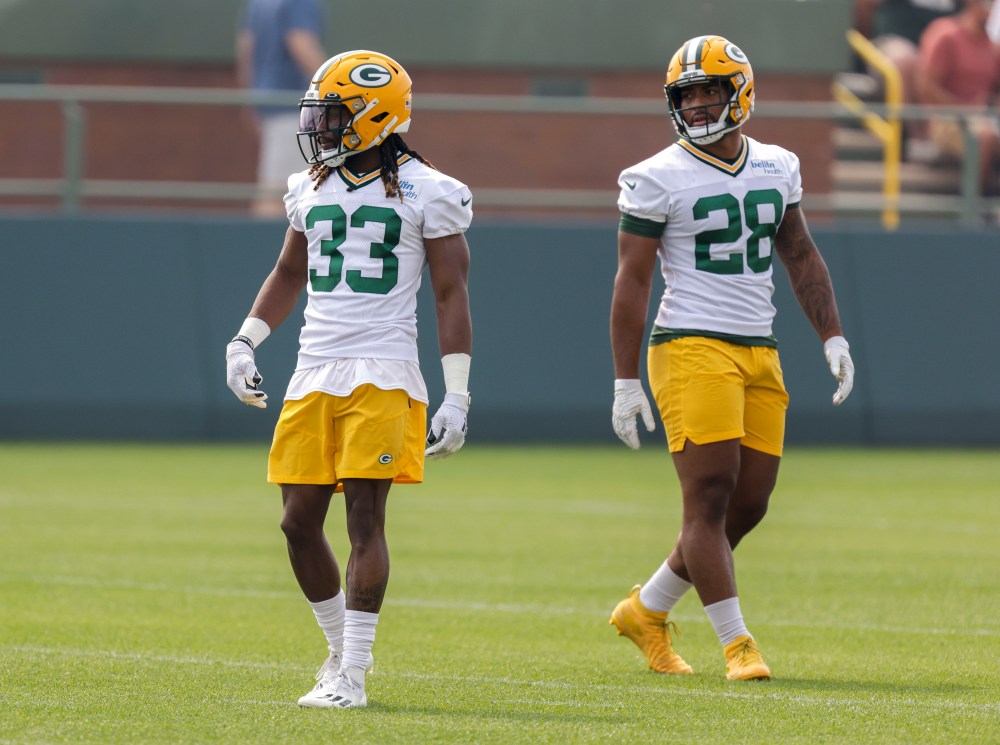