Mistakes in big games haunt even the oldest of players in the National Football League. Green Bay Packers tight end Marcedes Lewis said he “had nightmares” after a pivotal first-half fumble during his team’s playoff loss to the San Francisco 49ers in January.

With the Packers leading 7-0 and driving for more in the first quarter, Lewis caught a short pass from Aaron Rodgers in the flat but was immediately stripped from behind by 49ers linebacker Fred Warner, creating a turnover and robbing the Packers of all of the game’s momentum.

“It’s something that for at least a month and a half, I had nightmares about,” Lewis told Wes Hodkiewicz of Packers.com. “But I’m able to confront the truth and look in the mirror every day because I know I never leave anything out on the field. I always give what I got.”

The Packers went on to score only three more points in the game and lost 13-10.

The turnover was an uncommon mistake from the 38-year-old tight end. In fact, the lost fumble was his first since the 2013 season and only the fourth lost fumble of his NFL career.

Another scoring drive from the Packers so early in the first half could have put the game on ice, especially considering the way Joe Barry’s defense played throughout the contest.

While the fumble was a crucial play, Lewis was terrific in the run game the rest of the way.

A game-changing turnover and an avalance of special teams mistakes were more than enough to end the Packers’ promising playoff run before it ever got off the ground.

Over 17 games in 2021, Lewis caught 23 passes for 214 yards and continued to be effective as the team’s inline, run-blocking tight end. He’s back in Green Bay for a 17th season, which will tie the NFL record for seasons played by a tight end.

Lewis told Packers.com that his goal is to play two more seasons, finish out of his current contract in Green Bay and then possibly break the record for seasons played at his position in 2023. 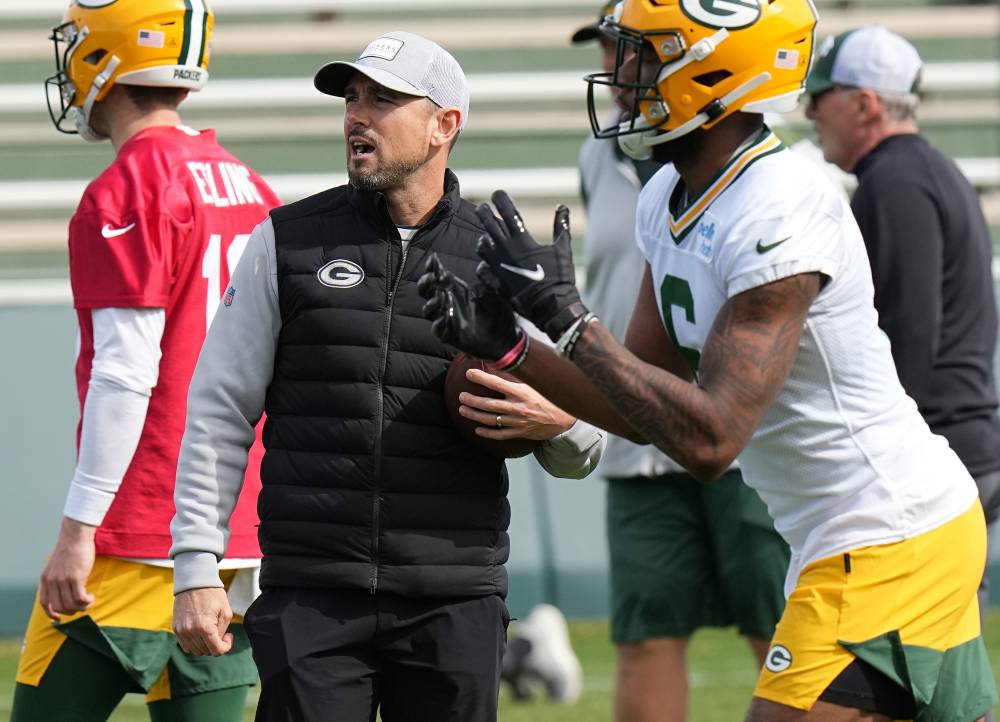