How bad was the Green Bay Packers’ 38-3 loss to the New Orleans Saints to open the 2021 season?

It was probably the worst defeat of the Aaron Rodgers era in Green Bay. The three-time MVP has been the starting quarterback for the Packers since 2008. Never before has his team been dismantled this thoroughly.

– The Packers lost by 35 points, the most ever by a game started by Rodgers.

– The Packers scored just three points, the fewest in a game started by Rodgers that he didn’t leave due to injury.

That about sums it up.

Rodgers led just one scoring drive, a late charge into field goal range to end the first half. And he threw two picks, including a back-breaking interception in the red zone to open the second half and an uncharacteristic overthrow on a deep ball one possession later.

The Saints led 17-0 in the first half and then scored the game’s final 21 points in the second half.

Down 38-3 early in the fourth quarter, Packers coach Matt LaFleur pulled Rodgers in favor of Jordan Love, who made his NFL debut and played two series.

The Packers had previously lost only two games by 30 or more points with Rodgers as the starter. The first was a 38-8 loss in Arizona in 2015. The second was a 31-0 defeat in the season finale in 2018 after Rodgers left in the first half due to a concussion.

Rodgers’ passer rating finished at 36.8, the fourth-lowest in a game of his career. In fact, it’s only the fourth time he’s ever finished a game at under 40.0. It’s also just the third time he’s thrown multiple interceptions without a touchdown pass in a single game.

The Packers’ 35-point defeat is the biggest by a team in the NFL in Week 1 so far. 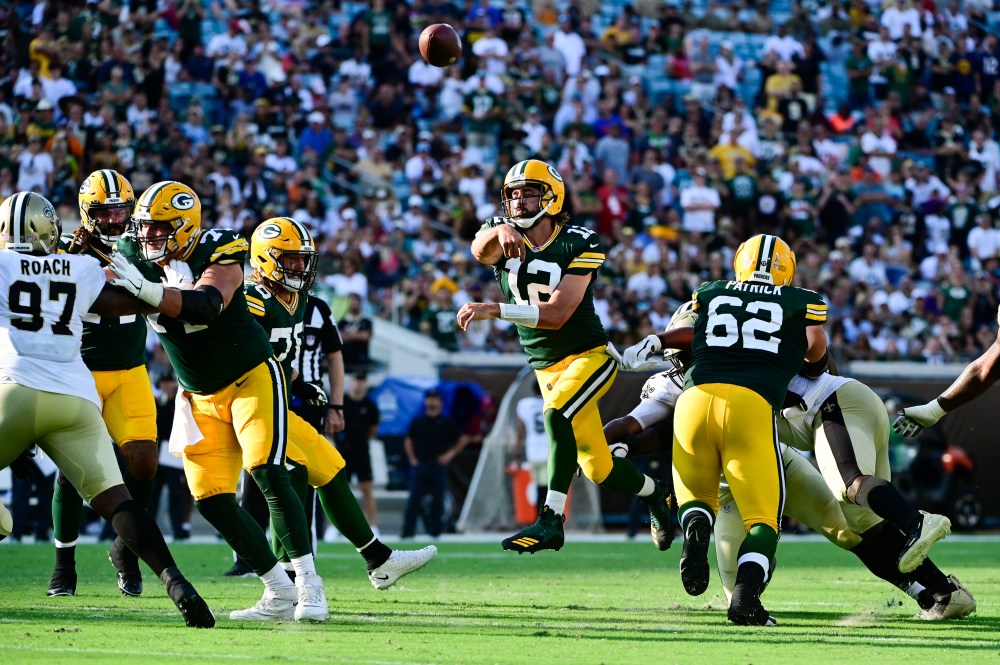