The Green Bay Packers signed two more of the team’s 11-player draft class in 2022 on Thursday, leaving only one draft pick left unsigned as June approaches.

The Packers announced the signing of fourth-round picks Romeo Doubs and Zach Tom.

Rookie contracts for draft picks are mostly predetermined by the CBA, leaving little room for negotiation between player and team.

Once Watson is signed, the Packers will have the entire rookie class under contract. A deal can be expected by training camp.

Doubs was the 132nd overall pick in the fourth round.

Tom was the 140th overall pick in the fourth round. 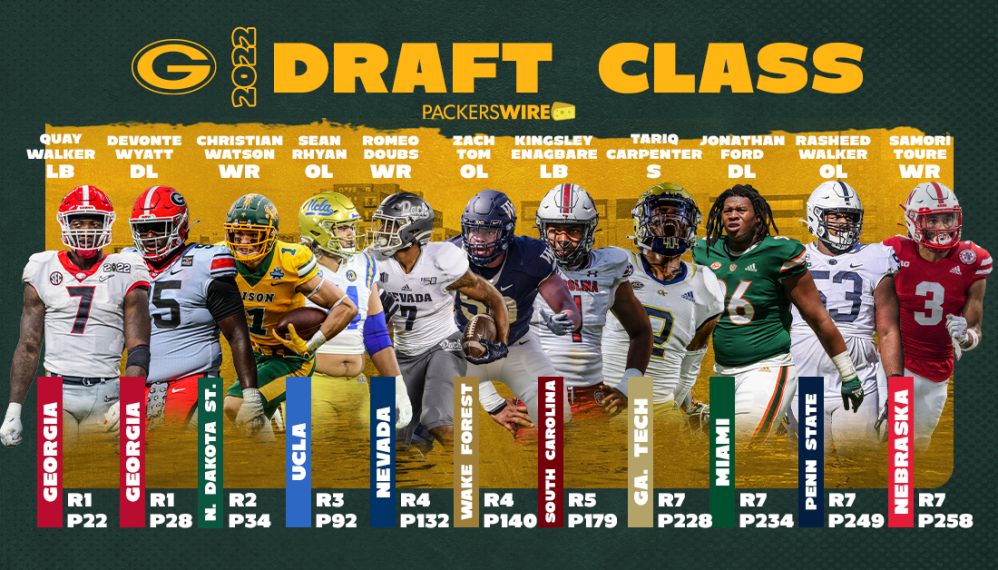