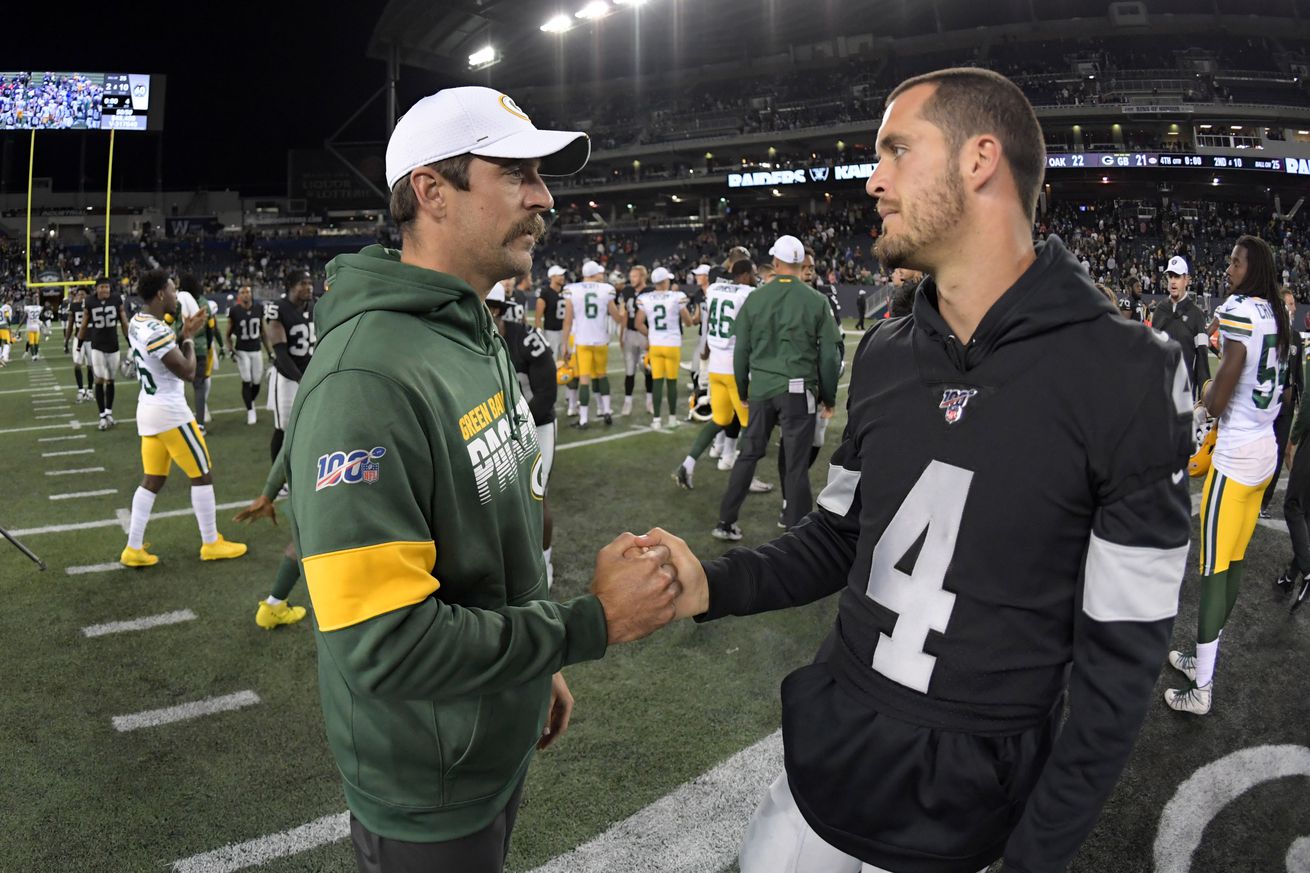 Hopefully this game will be more entertaining than the mess in Winnipeg this August.

The history between the Green Bay Packers and Oakland Raiders is a streaky one. Overall, the Packers have won eight of the 13 games played between the two franchises, with the first one coming in the Super Bowl.

That contest was Super Bowl II, which followed the 1967 season. Behind a great passing performance from Bart Starr, four field goals by Don Chandler, and a pick-six for Herb Adderley, the Packers won comfortably 33-14 in Vince Lombardi’s last game with the green and gold.

After that, however, the Raiders won five straight games between the two teams, spanning the entirety of the 1970s and 1980s. But since 1990, it has been all Packers, as Green Bay has been victorious in each of the seven meetings since then. The most recent of those games came four years ago in Oakland, a game that featured a couple of big defensive performances. Damarious Randall returned an interception for a touchdown and Julius Peppers landed 2.5 sacks of Derek Carr as the Packers won 30-20.

Of course, the last unofficial meeting of these teams was a preseason debacle in Winnipeg just two months ago. And since then, the Packers traded wideout Trevor Davis to the Raiders, where he has made a handful of big plays in a few recent games.

How will the 2019 edition of this contest shake out? Here’s how and when to tune in and find out.