The Green Bay Packers are expecting more explosive runs from hulking running back A.J. Dillon during the 2022 season.

Running backs coach Ben Sirmans said Dillon and the rest of the Packers running game missed some opportunities “that could have been big explosive runs,” but he’s confident Dillon has the type of talent necessary to create more big plays this season.

“He’s got that type of ability. He can make you miss in the open field. You think about the plays like the Chicago run that he had,” Sirmans said last month. “He’s faster than what most people think. He’s got the ability to put a little juke on you, even for a guy his size. So really it’s just putting all those facets to his game and putting them together. I do think he’ll have more explosive runs this year.”

The shortage wasn’t limited to just 20-yard runs. Dillon had only nine runs of 10 or more yards, which ranked tied for 49th among running backs.

“Breakaway percentage” from Pro Football Focus helps further highlight this lack of big runs. The stat looks at percentage of a player’s rushing yards from runs of at least 15 yards during a given season. Dillon finished at 11.2 percent, which ranked 53rd out of 61 qualifying running backs in 2021.

Dillon’s longest run of the season came in Chicago. He broke into the second level, juked the safety in the hole and then burst into the open field, creating a 36-yard run that set up a touchdown. Dillon explained the run here.

But most of Dillon’s runs during his breakout second season were short but efficient gains between the tackles. He ranked first among NFL running backs in success rate, a metric from Football Outsiders that records how often a player records a successful in a given down-and-distance scenario.

Home-run hitting just wasn’t a big part of Dillon’s game as a second-year runner. To keep with the baseball analogy: He hit a lot of singles and the occasional double.

The Packers now want to mesh Dillon’s ability to consistently get what is required with more explosive runs, which often create instant scoring opportunities.

Even at 247 pounds, Dillon ran the 40-yard dash in 4.53 seconds at the combine. His “Speed Score,” which combines weight and speed, ranked second behind only Jonathan Taylor in the 2020 draft class. In addition to speed, Dillon’s tackle-breaking ability is perfectly suited for making the unblocked defender miss, which is often vital for creating big runs.

In summation: Everything he needs is there, but now Dillon must make it happen more consistently on the field.

Dillon said his goal for 2022 is to be an “APB,” or all-purpose back. Adding an explosive element provides another area of improvement and another aspect he can add to his overall game as a runner. 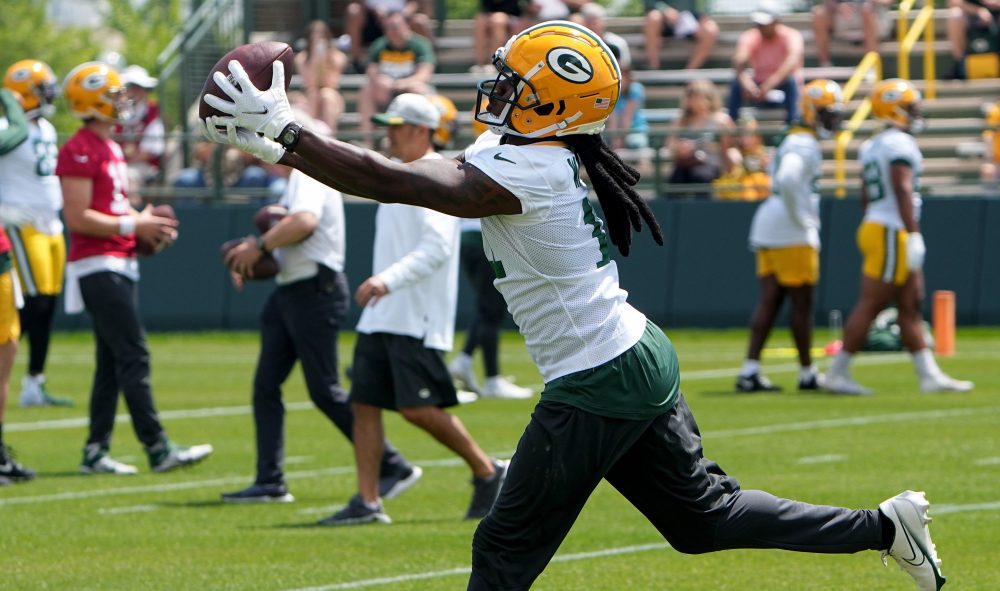