The NFL’s No. 1 scoring offense from a year ago went into Week 1 thinking they would score a bunch of points against a team that gave up 37 in the meeting last year.

Sunday’s season opener was a good example of how what happens one year doesn’t mean much for the next. A year after a 37-30 win over Sean Payton’s team in New Orleans, the Green Bay Packers scored just three points and had three ugly turnovers in a 35-point defeat to the Saints in Jacksonville.

“We probably felt like we were gonna go up and down the field on whoever they had out there, and that obviously wasn’t the case today,” quarterback Aaron Rodgers said.

Obviously not. The Packers lost, 38-3. And it got ugly in a hurry. Matt LaFleur’s team had run just 12 plays on offense by the time the score was 17-0. And two turnovers from Rodgers in the second half ensured a blowout, not a comeback, was the final result.

Consider Week 1 a big piece of humble pie for the Packers offense and reigning NFL MVP.

The Saints defense remained largely unchanged from the group that allowed 37 points to a Packers offense without Davante Adams last September. Dennis Allen’s group was banged up at cornerback entering Week 1 but it didn’t matter.

The Packers didn’t convert a third down until the fourth quarter. The offense’s one scoring drive came on a quick march at the end of the first half. Twice, a Packers quarterback had a turnover in the red zone.

You can bet the Packers offense – especially with Rodgers back in the fold and after a strong training camp – thought they’d have little trouble moving the ball against a team hurting at cornerback.

The past can sometimes help tell the future. But sometimes circumstances change and the past means nothing. An overconfident Packers offense found this lesson out the hard way on Sunday in Jacksonville. 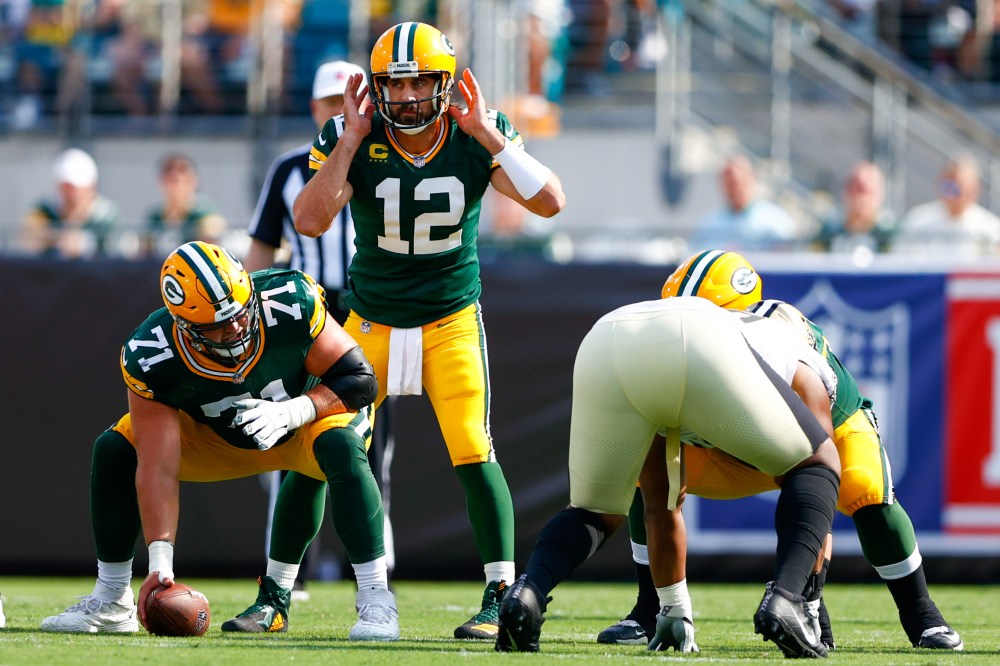