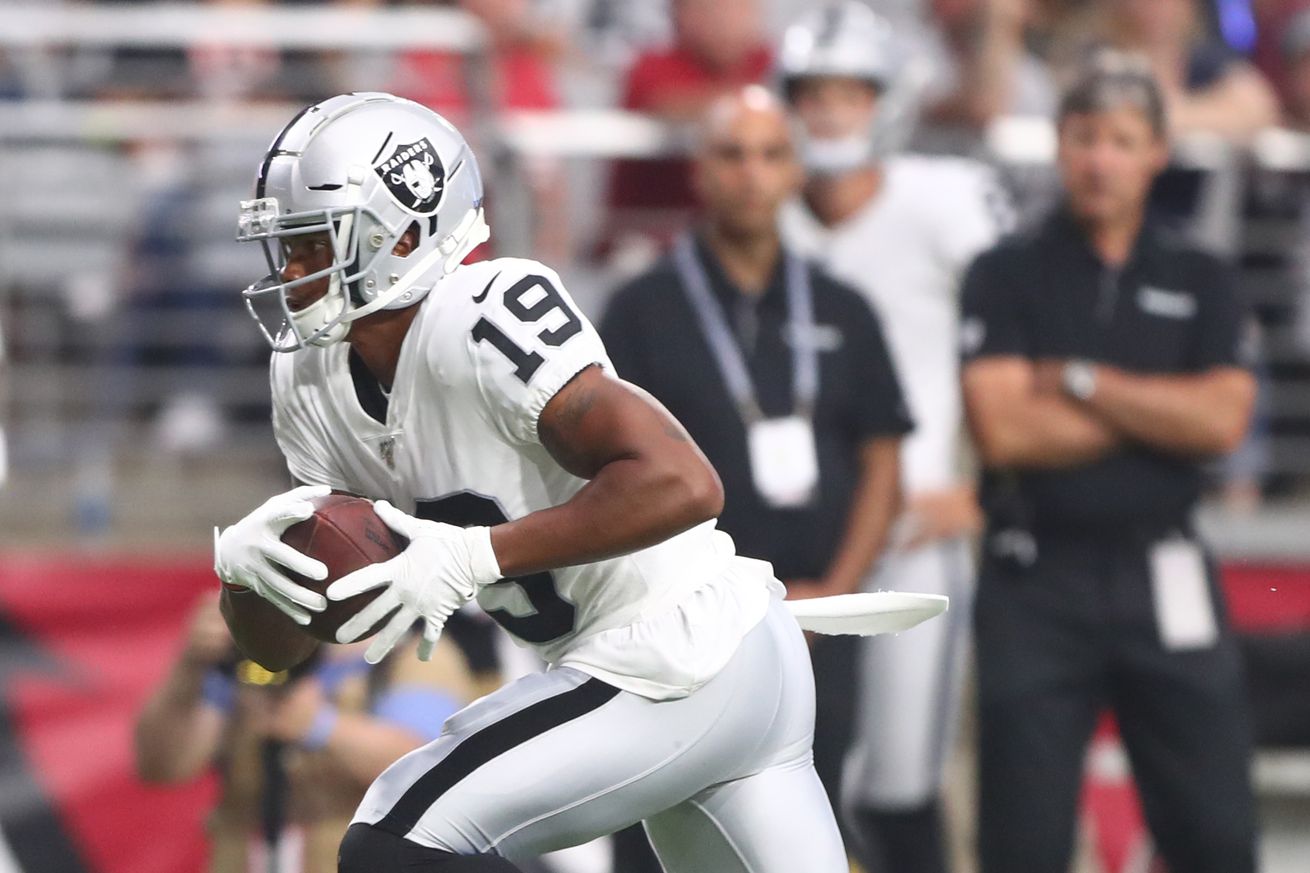 The Green Bay Packers announced several midweek moves as they approach the upcoming game against Jon Gruden and the Raiders, including the addition of a former Raider.

Wide Receiver Ryan Grant is now a Packer, as originally reported by Field Yates and now confirmed by the team. He will shore up a battered corps that will likely still be missing Davante Adams (turf toe) and Geronimo Allison (chest). Marquez Valdes-Scantling was also banged up on Sunday, and while Allen Lazard impressed, the team was dangerously thin at the position.

Grant played in two games with Oakland this year, catching four balls for 14 yards over two games. Grant struggled last season in Indianapolis, but he was a very valuable contributor in Washington a few years ago. He’s an unusual athlete, boasting elite agility, but extremely underwhelming straight line speed.

It typically takes awhile for a receiver to fully integrate into an offense, and Grant will have to hustle. He’s best used as a slot/underneath player who can use his agility in tight spaces.

In other new, per ESPN’s Rob Demovksy and later confirmed by the team, the Packers designated rookie tight end Jace Sternberger for return from IR. The team can bring back two players, and Sternberger will eventually be a welcome addition to an overwhelmed position group.

We also saw the return of cornerback and special teamer Tremon Smith to the practice squad. Given the struggles of Darrius Shepherd against Detroit, don’t be surprised if he is activated in the not-too-distant future. The team also signed running back Damarea Crockett to the practice squad. Crockett spent some time on the Raiders’ practice squad after not making the Texans out of camp as a UDFA. The Missouri product is raw, but ran a 4.40 forty at his Pro Day, and boasts some intriguing athleticism.