Top members of the Green Bay Packers organization confirmed the team is still “tirelessly” trying to fix the situation with quarterback Aaron Rodgers on the eve of training camp.

Neither team president Mark Murphy nor general manager Brian Gutekunst were able to provide a concrete update on the status of the situation from the annual shareholders meeting on Monday, although Gutekunst said the team remains “hopeful” for a positive solution, per Matt Schneidman of The Athletic.

Veteran players are scheduled to report to training camp on Tuesday, with the first practice scheduled for Wednesday. Whether the MVP quarterback is among the players there remains up in the air.

Michael Silver of NFL Network reported that, as of this weekend, Packers coaches didn’t know if Rodgers would report to the start of training camp.

Murphy later told reporters that the Packers “want him back” and are “committed to him for 2021 and beyond,” per Rob Demovsky of ESPN.

The Packers clearly see having Rodgers back for at least one more year is a positive outcome in this situation. It’s much less clear if Rodgers sees it the same way. Some answers in this saga should finally arrive on Tuesday. 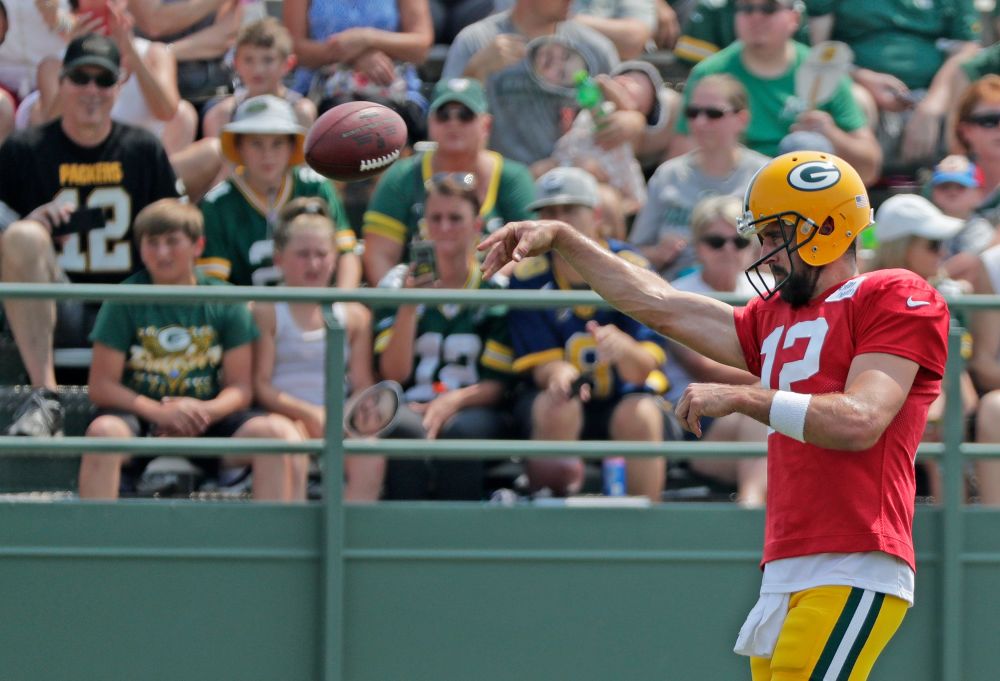