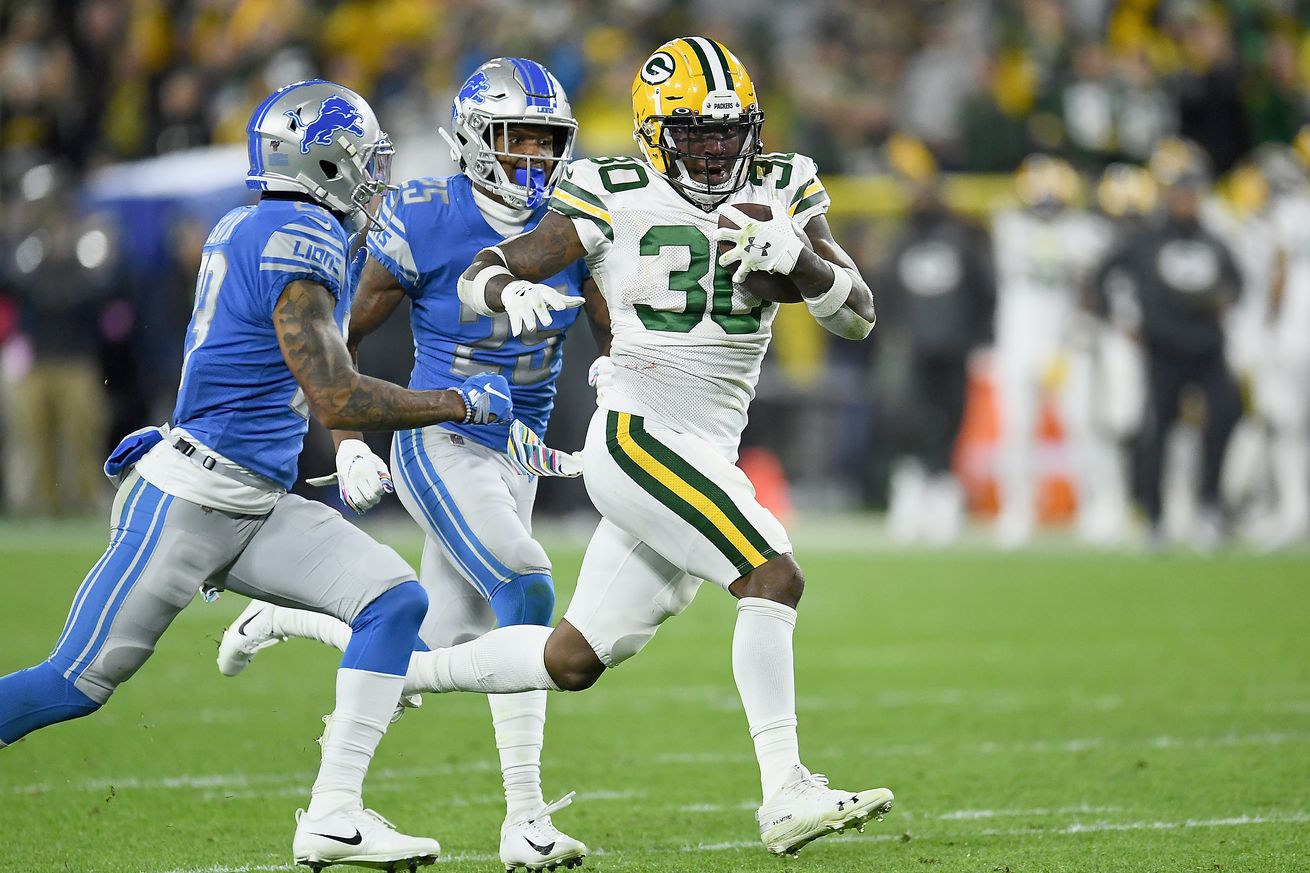 The Packers, trailing 13-10, will receive to start the second half.

Drops. Referee confusion. Too-many-men penalties on special teams. Monday night’s showdown between the Detroit Lions and Green Bay Packers had it all during the first half.

After a slow start in which the Packers allowed 13 points while scoring none, the team battled back to cut the Lions’ lead to just three points. The comeback effort came while Aaron Jones and Jimmy Graham dropped would-be touchdowns and Geronimo Allison failed to corral several other passes from Aaron Rodgers. Still, the Green Bay ground game has shown signs of life, with Jamaal Williams piling up 79 yards on eight carries, including a 45-yard run that set up the team’s first score.

The Lions have found success on deep passes. They opened the game with a flea flicker that nearly went for a score and burned the Packers secondary on several other long throws. How well defensive coordinator Mike Pettine adjust to those plays could determine the game’s outcome.

Green Bay will receive the ball to open the second half.

Tune in for the game and join us here to discuss: