Dominance on defense all season

The Inaugural Defensive Player of the Year is @USFLGamblers DE Chris Odom!

Odom spent a year with the Packers spanning the 2017 and 2018 seasons. He appeared in seven regular-season games for Mike Pettine’s defense during the 2017 season, playing 59 total snaps on defense and 13 more on special teams while producing six tackles.

The Packers waived Odom after training camp and before the 2018 regular season. He spent time with two other NFL teams and teams in the CFL before breaking out in a big way in the USFL this season.

The Houston Gamblers picked Odom with the fourth pick of the second round in the USFL draft. He led the USFL in sacks (12.5) and forced fumbles (6) over 10 games during the 2022 season. He was the only player with double-digit sacks, and he also added 8.0 tackles for losses.

The Packers could need depth at edge rusher at some point this summer, so keep Odom’s name in mind.

“This is just an amazing honor. Shoutout to my team, I couldn’t have done it without everyone doing their job on the field.” @Chrisodom98 reacts to winning the Inaugural Defensive Player of the Year award 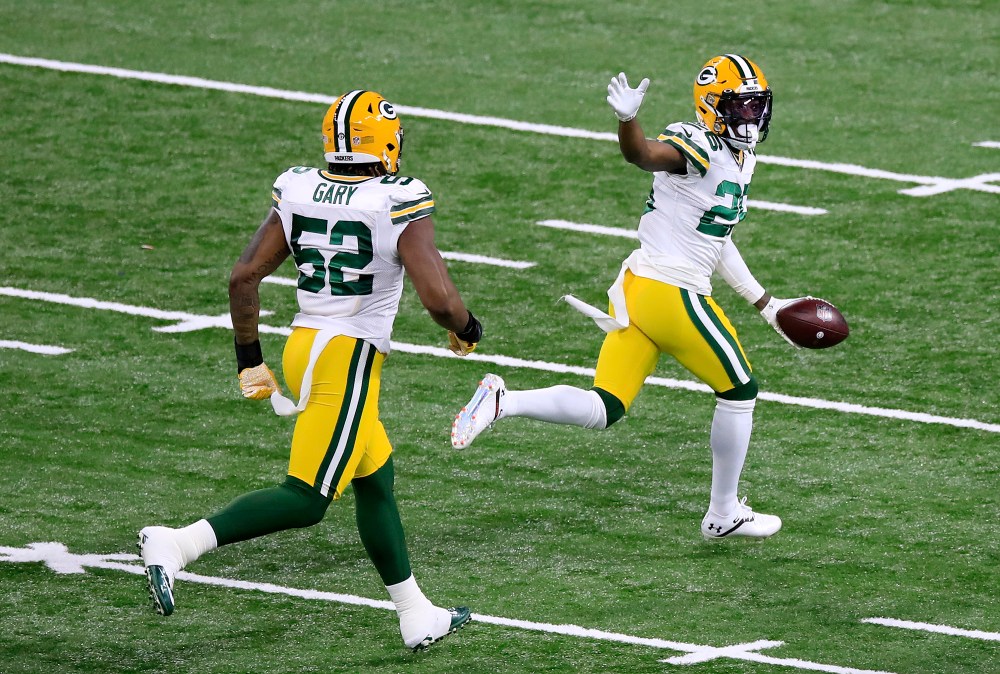