Being the cynical/realist type, I had to chuckle when all this “Packers are the favorites to land Watt” stuff started going around. I have no doubt that it’s a romantic idea to Watt, going to his favorite boyhood team, but in the end, a good part of the decision will come down to the dollars. What would make them the favorites? The Packers are not in the best position (by far) to overpay (by their standards) a 32-year old player. Many teams can offer him a better deal. That’s not to say I wouldn’t love to be wrong about this.

Speaking of defensive linemen, that was my number one position of need going into last year’s draft, and I don’t see that changing. Now last year, it was surely spurred on by the beating they took against the run from the 49ers. While this season started off on a similar foot, the run defense definitely improved over the course of the season, but mostly due to better linebacker play. I still want to see a running mate for Kenny Clark that is more than just a lunch pail worker bee. Tampa rode on the backs of their front seven through the playoffs and it payed off big time. So give me some more first round talent on the DL and I’ll be a happy guy

I’ve resigned myself to not having the time to get deep into the NFL Salary Cap rabbit hole myself, but I have seen some interesting things lately. Here is a pretty nice overview of what the Packers might be able to do with certain players. And then, I came across this tweet, which lays out a very detailed possible way to free up a bunch of cap space this season. The biggest problem I have with this is it gets rid of 3 starters on defense and one on offense. Only one (P. Smith) has a replacement player (Rashan Gary) that is a sure thing to be as good or better.

The internet isn’t far off from the article, the question before teams is what will the cap inflate be in 2023/24 ? pic.twitter.com/SGXVHSu2VY

Pete Dougherty of PackersNews.com has an interesting article today with a look at the Fangio/Staley scheme and how the Packers’ personnel might fit in. One takeaway for me was Pete saying how the scheme puts more responsibilities on the safeties and “de-empasizes inside linebackers.” Well that’s convenient.

So is there some NFC North hidden agreement to share former defensive coordinators? Dom Capers is with the Lions, now Mike Pettine is with the Bears and of course a former DC, Jerry Gray is with the Packers. What’s the explanation for this? Are these teams looking for yet another edge against their NFC North Rivals? Oh, and who can the Vikings hire? Is Bob Sanders still around?

Sorry the poll below isn’t working. I’m onlky leaving it up so our web developers can troubleshoot the problem.

Who will be the Packers’ starting center in 2021? 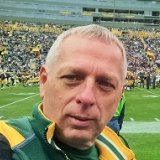 Not a member yet? Join free.

If you have already commented on Cheesehead TV in the past, we’ve created an account for you.
Just verify your email, set a password and you’re golden.

“Jersey Al” Bracco is the Editor-In-Chief, part owner and wearer of many hats for CheeseheadTV.com and PackersTalk.com. He is also a recovering Mason Crosby truther.  Follow Al on twitter at @JerseyalGBP.