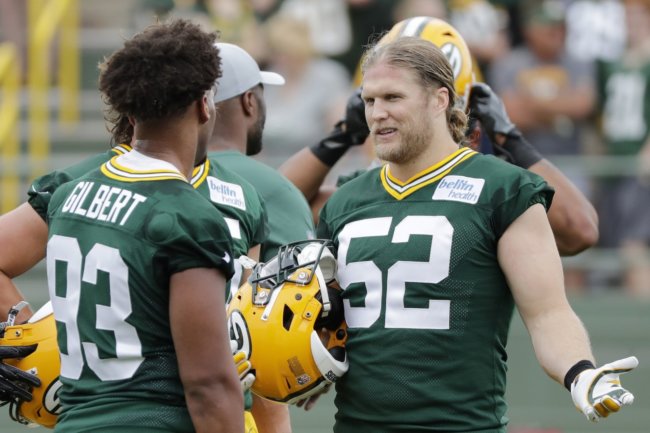 While seemingly off to a great start at his new job with the Los Angeles Rams, former Packers LB Clay Matthews had a rough night Thursday against the Seattle “We’ll take the ball and we’re going to lose” Seahawks. On Friday, Coach Sean McVay told ESPN’s Lindsey Thiry that Clay broke his jaw during the […]

The post Clay Matthews Has a Rough Night with Another Bogus Penalty & Also Out For a Month with Broken Jaw appeared first on Total Packers.