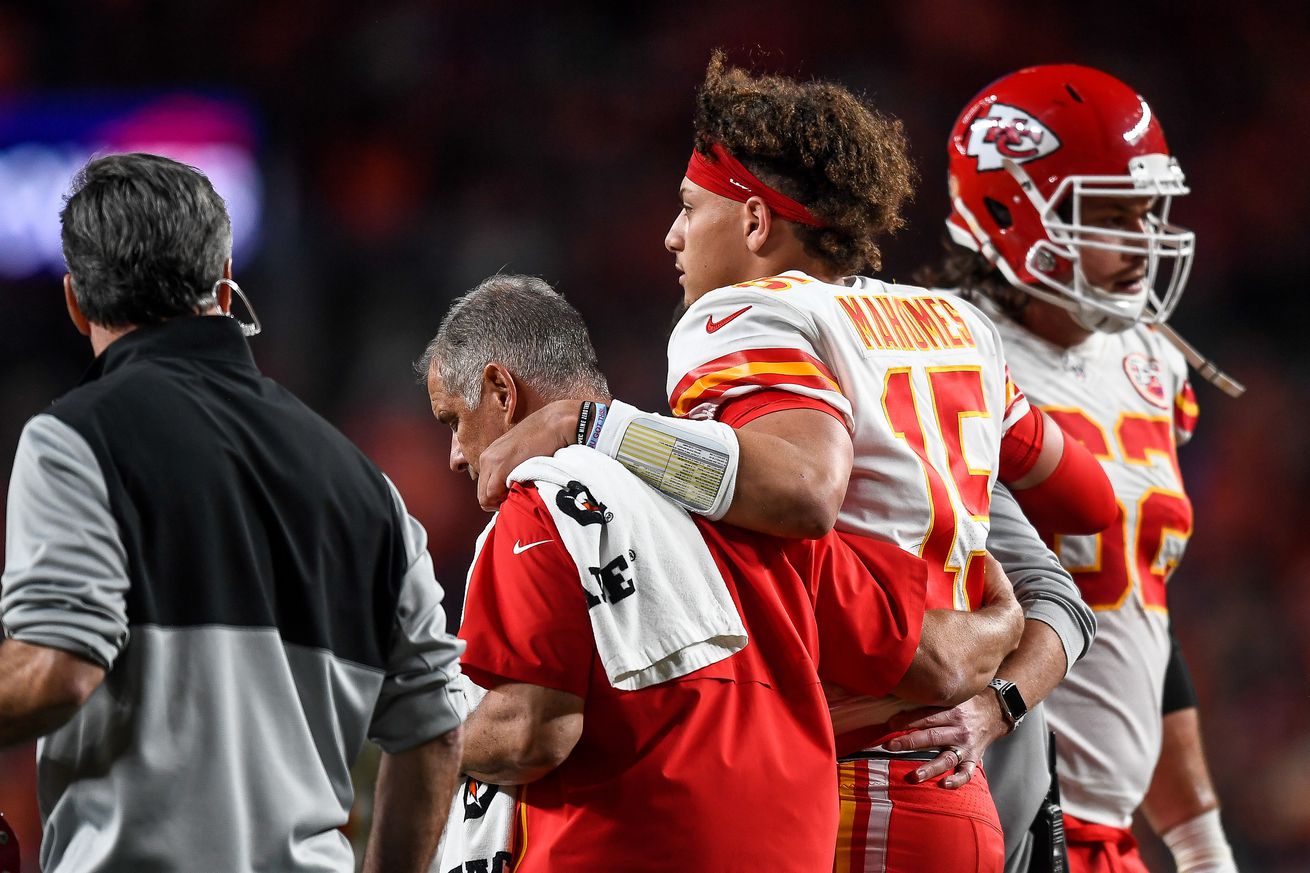 Dreams of a Patrick Mahomes-Aaron Rodgers matchup will need to wait.

It’s easy to see why the Green Bay Packers’ week 8 game against the Kansas City Chiefs earned the coveted Sunday Night Football time slot. Two of the game’s best quarterbacks were set to square off, with the old(er) guard — represented by Aaron Rodgers — facing a new-school signal-caller in Patrick Mahomes.

It should have been ratings gold, at least until Thursday night happened.

In what will surely be a disappointing turn of events for NFL fans and NBC alike, Mahomes suffered a knee injury during the Chiefs’ week 7 win over the Denver Broncos on Thursday Night Football. Mahomes reportedly suffered a dislocated kneecap, and according to ESPN’s Adam Schefter, the injury will keep him out at least three weeks.

That means that instead of Rodgers v. Mahomes, NFL fans will be treated to Rodgers v. Matt Moore instead. Bummer.

For Mahomes, the three-week timeline is a minimum. If tests on Friday find more significant issues to the knee, he would likely be out for a significantly longer period.

Moore takes over under center after spending the 2018 season out of football. He last played in 2017, when he started two games for the Miami Dolphins. A career backup, he had just one season with more than five starts, that coming in 2011 for Miami. That year, he threw for just shy of 2,500 yards in 13 games (12 starts), tossing 16 touchdowns and nine interceptions. On Thursday night, Moore completed ten of 19 pass attempts for 117 yards and one touchdown – a 57-yarder to Tyreek Hill. That means that outside of that one throw, he was 9 of 18 for 60 yards.

Kansas City will still have home-field advantage in next week’s game, and they boast a strong group of receivers and arguably the league’s best tight end in Travis Kelce. But without Mahomes, the odds of the Chiefs beating the Packers — whose offense is finally starting to find a rhythm — just dropped significantly.