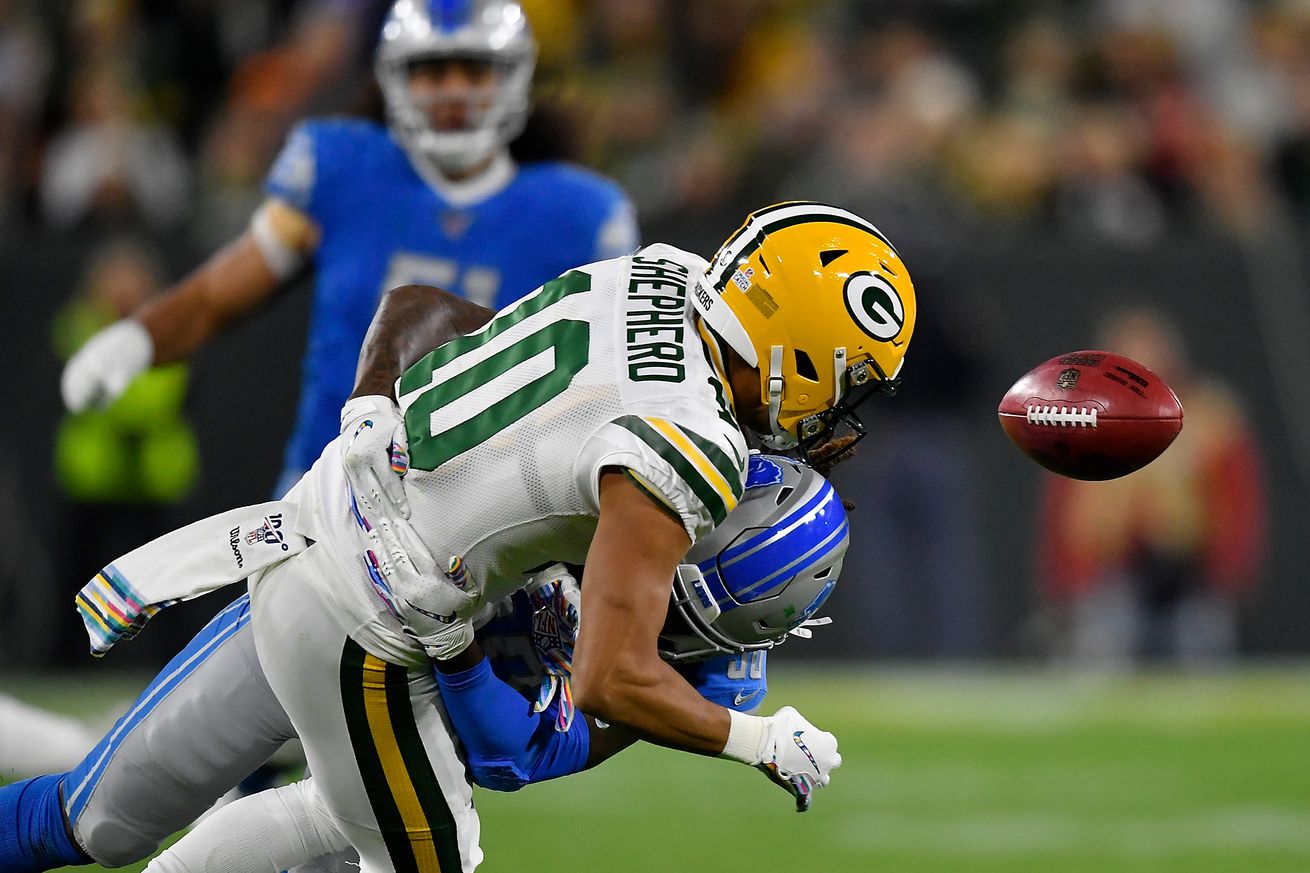 xNewton’s third law says that for every action, there is an equal and opposite reaction. This is just as true for NFL roster-building as it is for physics. Every tweak of a team’s roster produces ripple effects. This week at Lambeau Field, we get to see a unique confluence of a few different ripples.

When the Packers traded wide receiver Trevor Davis on September 19, it created an instant opportunity for undrafted rookie free agent Darrius Shepherd. And while Davis has excelled with the Raiders, Shepherd has struggled to find his footing, both figuratively and quite literally in the case of his dropped pass that led to an interception Monday night.

New Packers wide receiver Ryan Grant represents a further wrinkle in this story. HImself a former member of the Raiders, Grant’s presence in Green Bay can’t be completely separated from Davis’s departure and Shepherd’s struggles. Would Grant be in Green Bay if Davis hadn’t been traded?

We obviously can’t know for sure, but that’s not the point. The point is everything teams d, both on and off the field can have far-reaching consequences. We may see some of those consequences on Sunday.

Both the coaching staff and the locker room seem to have Shepherd’s back after his rocky game on Monday night.

Dairyland Express explores some of the implications of moving on from Trevor Davis.

Brian Gutekunst continued to tinker with his roster, adding Ryan Grant (not that one) Tuesday. Here’s how he fits with the Packers.

Corners of Packers internet are quite interested in the possibility of trading for a wide receiver, but Dan Wussow of Packers Wire has his eyes on a tight end instead.

Look at that thing! If I know my sci-fi tropes correctly, the blob is either going to result in some crazy scientific advancement or the end of all life on earth. I’m fine with either!