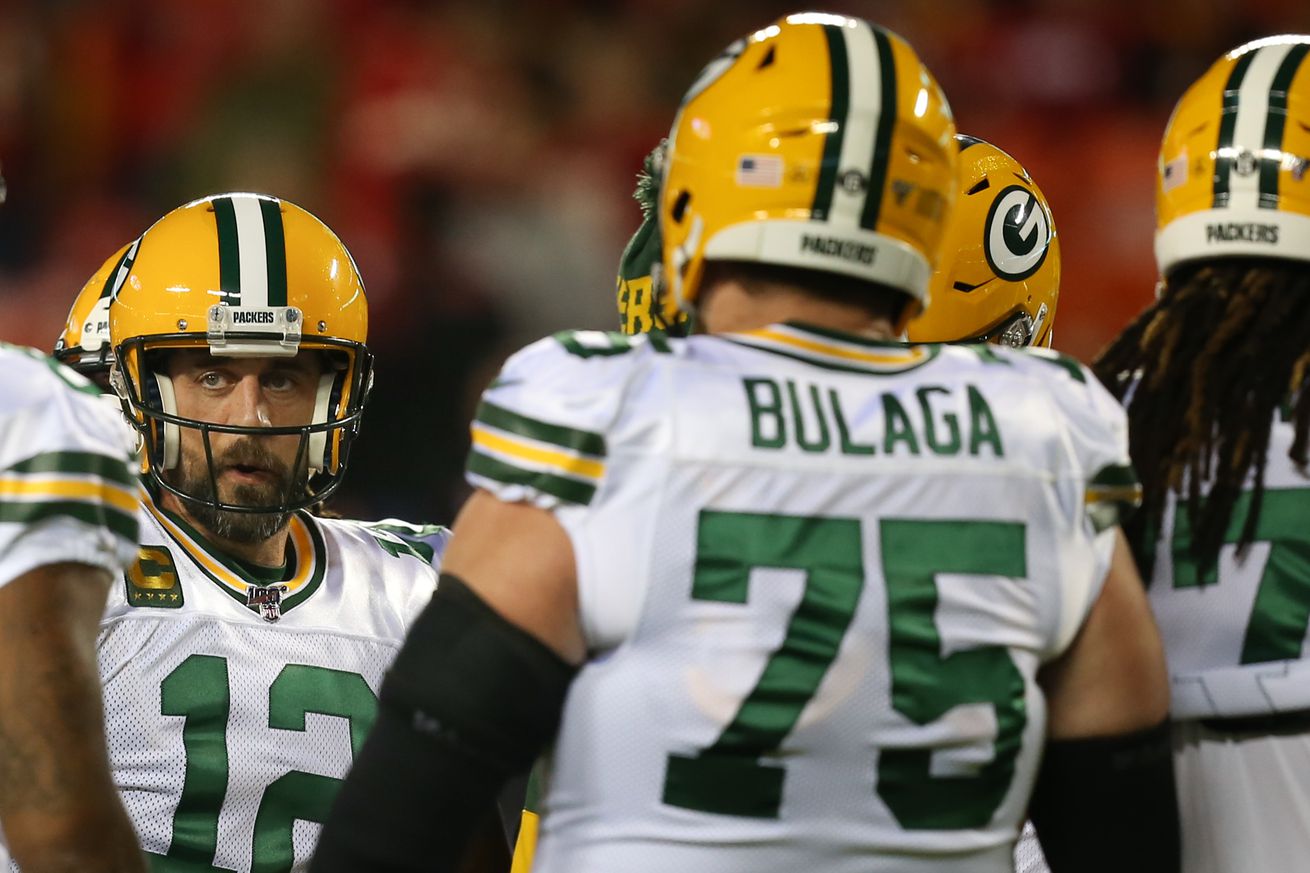 The right tackle left the game after nine snaps on Sunday night, but he evidently did not tear his ACL and is expected back this season.

After the Green Bay Packers’ 37-8 defeat at the hands of the San Francisco 49ers on Sunday night, one of the long-term question marks for the green and gold revolved around the health of right tackle Bryan Bulaga. The 30-year-old Bulaga has been a steady presence this season on the right side, missing significant snaps in only one game earlier this season. In the final year of his contract, Bulaga is making general manager Brian Gutekunst make a tough call about whether to give the former first-round pick a third pro contract.

However, a knee injury that Bulaga suffered early in Sunday’s game put all of that on hold. Bulaga exited after the ninth offensive play of the game and went to the locker room, while Alex Light took his spot for the remainder of the contest. With Bulaga’s history of multiple ACL tears, including one in 2017 on the right knee that was hurt on Sunday, it was reasonable for Packers fans to fear the worst.

Thankfully, overnight some good news emerged. ESPN’s Rob Demovsky reports that there is no injury to Bulaga’s ACL. Indeed, the team reportedly expects Bulaga to return this season, perhaps missing one or two games. That would be an ideal scenario, as Green Bay plays a pair of 2-9 teams in the Giants and Washington the next two games. Getting Bulaga back for the final three contests — a run through the NFC North — must be the priority.

The Packers should be able to take care of business against the two NFC East squads in these next two games. But waiting after that are pass-rush groups that include Khalil Mack, Danielle Hunter and Everson Griffen, and Trey Flowers. If the Packers want to avoid repeats of their dismal offensive performance against the 49ers, keeping Aaron Rodgers upright will be critical. Bulaga’s return would be a major positive step in that regard.

Stay tuned for more updates on Bulaga’s condition in the coming days.

UPDATE: According to Ian Rapoport of NFL Network, the injury is to Bulaga’s MCL. He reportedly sprained his right MCL, adding to the laundry list of knee ligament injuries he has suffered over the years. He has torn each ACL once and suffered both a sprain and a strain of his left MCL over the years.