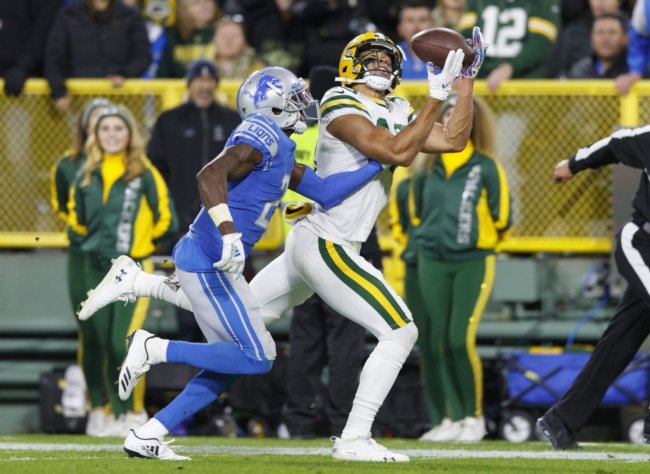 The Green Bay Packers entered the game against the Lions down number one receiver Davante Adams for the second straight game. Marquez Valdes-Scantling has stepped up as has Geronimo Allison. However, the situation appeared to get very grim at wide receiver when Allison was knocked out cold on the first play of the second half […]