Green Bay Packers quarterback Aaron Rodgers sat down with Stacey Dales and Steve Mariucci of NFL Network after Saturday’s practice, and the obvious question came up: What does the four-time NFL MVP think of the current group of wide receivers in Green Bay?

“I like the guys we’ve got,” Rodgers said. “There’s gonna be the same amount of balls and yards and touchdowns to go around, so now it’s just a matter of who is going to be in those situations to make those plays.

Rodgers is confident in the current receiver group making the most of the opportunities available in the passing game.

He specifically talked about six of the wide receivers in his answer to Dales and Mariucci:

On Christian Watson: “Not having Christian out here has probably been tough for him, but I expect him back in a couple of weeks.”

On Romeo Doubs: “Romeo Doubs has had a really nice start to camp. Getting a lot of attention based on some of the plays he’s made. Like the approach, very understated kid, very humble kid…It’s surprising how many teams passed on him. Whatever the reason was, we all feel really good about Romeo and the start he’s gotten off to.”

On Allen Lazard: “Obviously, Allen Lazard is going to step into the No. 1 role and I think it’s going to be a very seamless transition for him. As a primary blocker and kind of a niche guy for us, to get an opportunity to get more throws, be the No. 1  in the progression more often.”

On Sammy Watkins: “Sammy Watkins just came back to us yesterday, but he has a lot of experience, he’s on a short deal, he’s got a lot to prove. I think those guys are a little more dangerous because there’s so much more to play for for those guys. Allen Lazard, on a one-year deal as well.”

On Juwann Winfree: “There’s a lot of opportunity behind them. Juwann Winfree has stepped up as he does almost every single training camp, and he’s off to a really nice start.” 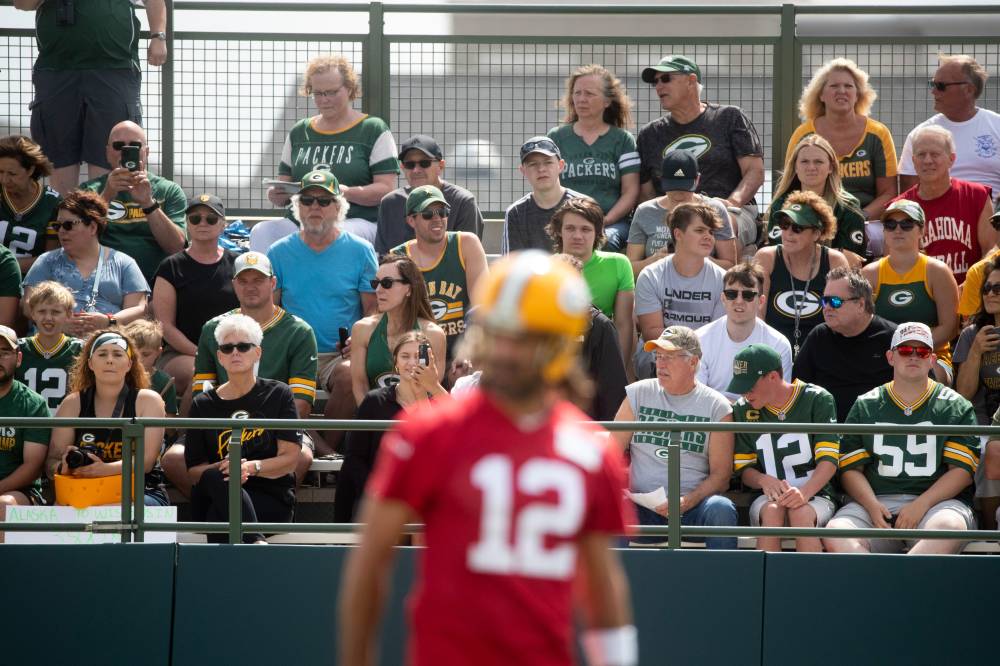