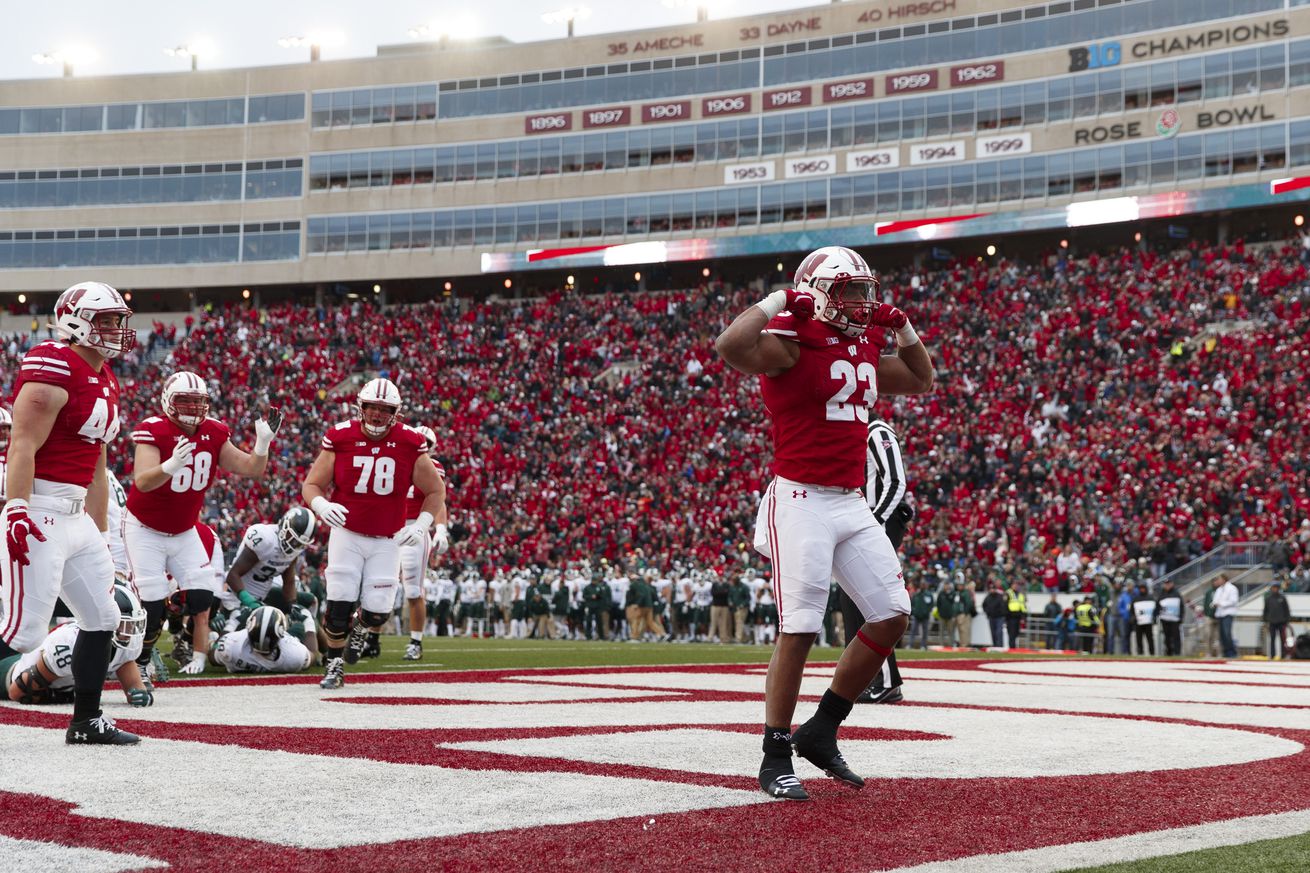 What do the Badgers need to do as they go back on the road to face Illinois?

Week 7 came and went with another dominating victory for the Badgers, this time against the Michigan State Spartans. Now after six weeks at home the Badgers will go back on the road for a date with Big Ten West foe Illinois. It’s been a tough year for the Illini thus far as they’ve dropped four straight games after opening the season 2-0.

However, it’s still a conference game and it will be homecoming in Champaign so the Badgers will have to be prepared to get the Illini’s best effort in this one. Here’s what Wisconsin needs to do to come away with a victory.

Plain and simple, the Illinois offense has not been good. They rank No. 111 in total offense, and most of that is due to the pass game which has really struggled to be consistent over the course of the six games this season. Despite that, the offense has ran that ball okay and they still have a very underrated player in their backfield. Reggie Corbin had limited duty in 2017, but broke onto the scene in 2018 and became the school’s first 1,000 yard rusher since 2010.

He’s been a very solid back for Illinois and seems to fly under the radar in a league headlined by guys like Jonathan Taylor and J.K. Dobbins of Ohio State. Corbin will be playing at the next level, and the Badgers will have to key on him and slow him down to really shutdown this offense.

In 2018, Corbin ran for 100 yards against Wisconsin, but 80 yards were on one long touchdown run. For the most part Corbin was contained and his two fumbles lost certainly helped. If Wisconsin wants to continue its dominance, it starts with stopping Reggie Corbin again this time around.

Run the ball to win the game? What a shocker, huh? Yes, I know, but it’s apparent in this game even more so than most. Illinois has been gashed by the run so far this season, ranking No. 107 in rushing defense. Minnesota ran all over them two weeks ago, and I’d expect the Badgers to try and do the same thing this week.

Keeping the ball on the ground isn’t such a bad thing either for a few different reasons. Firstly, the one bright spot for Illinois has been the pass rush. They rank No. 43 in team sacks led by Oluwole Betiku Jr. who ranks No. 4 in sacks across the nation. That’s one spot behind Chase Young of Ohio State who’s garnered a ton of attention nationally. Secondly, I believe the Badgers will want to keep this game plan as simple as possible. If you can win with your basics, go ahead and do it.

I have to imagine Paul Chryst wants to keep as much as he can off the tape before going to Ohio State next week. The Buckeyes know who Jonathan Taylor is and they knew they’re going to get a heavy dose of that already, so go win with that game plan and save whatever else you have for next Saturday.

Focus on this week

In college football there is a prevalent thing called a “look ahead spot”, and Wisconsin is in the definition of one this week. They’ve got a top ten match up next week, and they’ve just come off a dominating home stand. This Illinois game is sandwiched between two high emotion events, which may be cause for a flat spot. Wisconsin will need to come into this game and focus on the task at hand before looking toward Ohio State.

I know everyone is excited for a possible battle of the unbeaten next Saturday, but that narrative can change in a hurry if you get upset. Ohio State is facing the same issue heading to Northwestern at night, so it will be interesting to see how each team fares early on this weekend. Wisconsin has done a great job of being consistent no matter the opponent this year, but this is still a new test after being at home for six straight weeks.

I have full confidence in Chryst and company to have them ready and mentally focused on this week, and it will be crucial to do so to avoid any letdown spots.