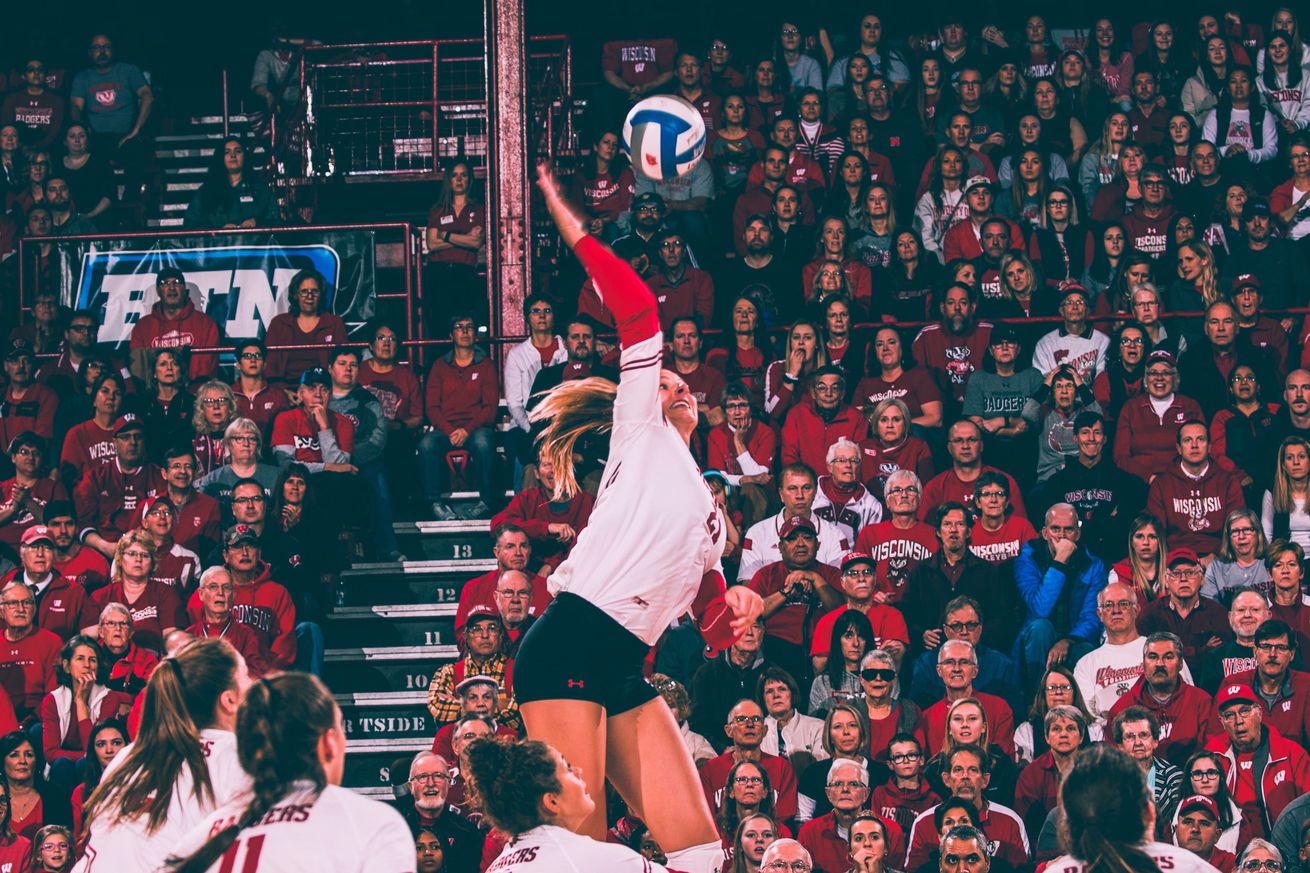 Want an overview of the state of Wisconsin athletics? Look no further; we will take you through the Wisconsin teams that are trending up, trending down, and more.

More from Rock on this in The Sett, but what an incredible season so far for the Badgers. Wisconsin swept Iowa on Friday and then swept Nebraska on Sunday. Sweeping the Huskers twice in a season is an incredible accomplishment, and it indicates how strong this team is.

We love you, Badger fans.

That is how you close out the regular season at home.

Monson became the NCAA runner-up after completing the 6k in 19:57.1 at the NCAA women’s cross country championships. The women’s team took seventh in the tournament.

Wisconsin men’s hockey desperately needed to sweep Minnesota this last weekend, but instead it nearly got swept. After losing game one 4-1, the Badgers were down 3-1 heading into the third period of action. Wisconsin woke up to start the final frame, however, as Tarek Baker and K’Andre Miller pulled the Badgers to a 3-3 tie.

Wisconsin deserves credit for clawing back into game two and salvaging the extra point via the shootout. However, 2 out of 6 points this weekend is simply insufficient for a team that wants to return to the NCAA tournament. The way things are going, it looks like the Badgers’ best chance at the tournament is a B1G tournament title.

The difficult start to B1G play has buried Wisconsin at No. 6 in B1G standings—which doesn’t seem too bad until you remember there are only seven B1G hockey teams.

In Wisconsin’s first three conference games, it held opponents to about 27% below their season average for offensive yards per play.

In the last five games, opponents have gained 14% above their season average. In their last three, it has been 22% above. Stay tuned for State Street Stats later this week for a more in-depth look at this defense’s decline.

The Badgers swept St. Cloud State on the road, scoring 11 total goals. Daryl Watts and Sophie Shirley each scored three goals over the course of the two-game series. However, it was slightly closer than it should have been; Wisconsin allowed five goals over the weekend.

The Badgers take a long break before they face No. 2 Iowa on Dec. 1.

After a tough loss to Saint Mary’s, Wisconsin has ripped off four victories including a solid win over rival Marquette. It will be interesting to see how Micah Potter’s return on December 21 will impact this team.

Wisconsin accomplished quite a bit in the 2019 campaign including several individual honors, a regular season B1G championship and a run to the Sweet 16. Goalkeeper Jordyn Bloomer returns in 2020, but the Badgers lose their top-scorer Dani Rhodes to graduation. Will UW make it three consecutive Sweet 16 appearances in 2020?

These #Badgers have A LOT to be proud of!#OnWisconsin pic.twitter.com/hQ3vt9mofi