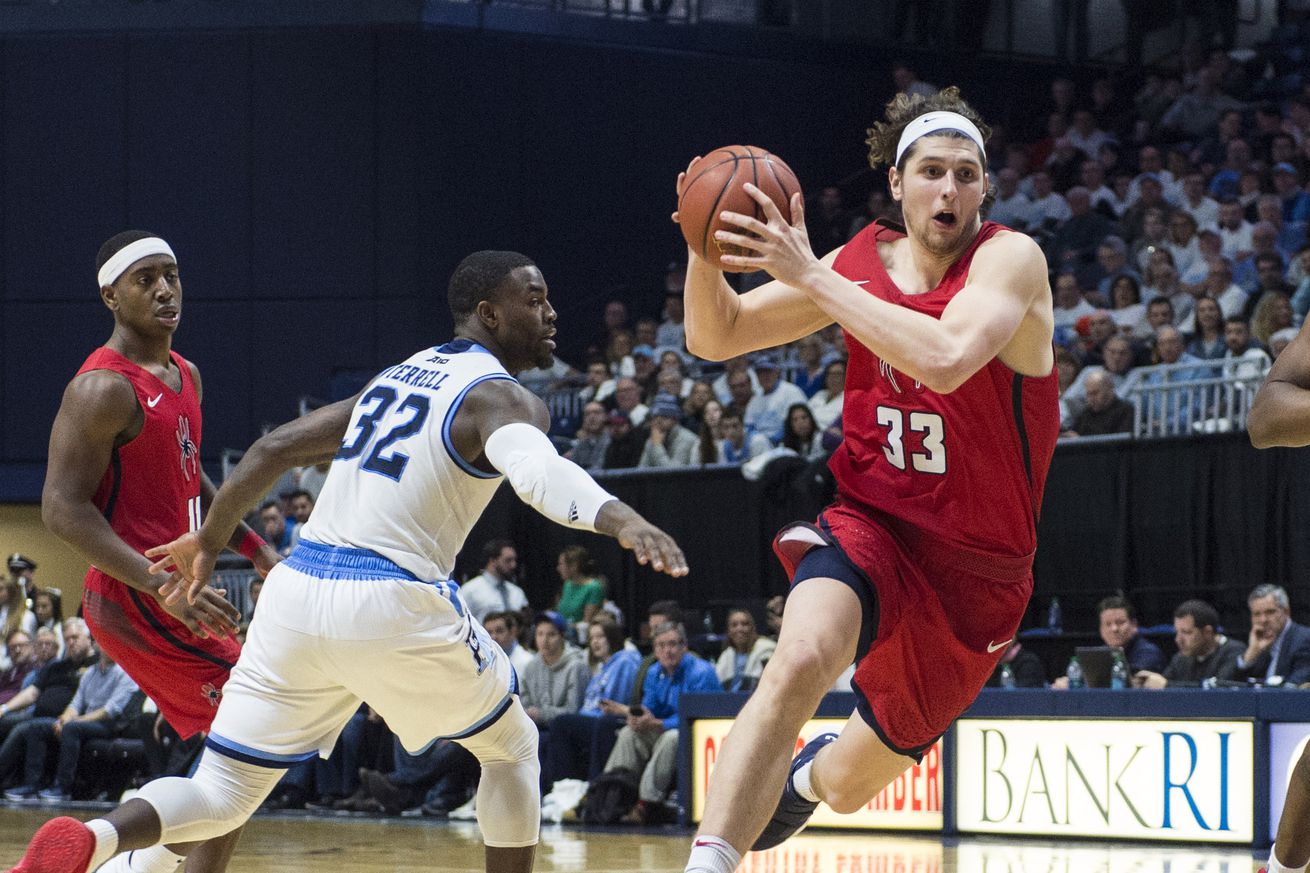 Cameron Newton of Mid-Major Madness answered our questions over the weekend about the Legends Classic semifinal.

Wisconsin (4-1 overall) starts off Thanksgiving week in Brooklyn with a semifinal matchup in the Legends Classic against the Richmond Spiders (4-0 overall) on Monday evening. After losing their season opener against Saint Mary’s, the Badgers have rattled off four straight wins.

Cameron Newton of Mid-Major Madness took some time out of studying for lawyer things (or whatever it is you do in law school) to answer some of our questions! Read on to get the down low on the Spiders.

1) The undefeated Spiders are coming off two straight blowout victories after opening the season with two OT wins. None of the teams they’ve played so far look like NCAA Tournament contenders. What are the overall feelings around Richmond so far this year?

It’s safe to say that when Richmond began the season with that overtime win over Saint Francis (PA), fans of the program, as well as those of us who hyped up this team in the offseason, were both worried for the Spiders. Richmond got outplayed for nearly all of that game, and it took what was honestly a miracle for them to prevail—their win percentage with just under two minutes to play was right around 2.1%, according to KenPom.

However, they’ve really turned it on since that near-disastrous result, taking down an SEC foe (albeit a weak one in Vanderbilt) before dismantling two subpar opponents. Thanks to their highly efficient offense, they’ve been able to reclaim the narrative surrounding the program, which is extremely important considering the position head coach Chris Mooney is in in his 15th season at the helm.

For the past few years, a growing contingent of fans have been voicing their displeasure with the state of the program, doing so louder and louder. Richmond has not made the NCAA Tournament since their Sweet 16 run in 2011, and two consecutive 13-20 finishes have left many fans upset—especially as crosstown foe VCU has become a national contender.

If nothing else, Richmond has done exactly what it has needed to do thus far this season, but Monday’s game against Wisconsin will obviously be their biggest test to date. If Richmond is able to prevail over the Badgers, optimism might finally be pumped back into a program that has been looking for a bright spot for nearly this entire decade.

2) After looking at the stats, and there’s no need to double-check, I’m pretty sure Richmond hasn’t missed a three all season. How are they able to generate so many good looks that have resulted in them shooting 46.1% from distance on the year?

Richmond is a team that is living proof that slowed-down offenses and high point totals are not mutually exclusive. Take note, Greg Gard!

Mooney’s a Princeton man, and his teams have applied a good amount of the methodical Princeton offense that Mooney played under in the 1990s, albeit with a scaled-back emphasis on position fluidity.

That level of offensive discipline, combined with the sheer talent that is possessed by a good chunk of this roster, has meant that Richmond rarely makes many mistakes on offense. They’re incredibly stingy with the ball, and everyone who starts in the backcourt is capable of killing you if given any amount of space to shoot the ball from the perimeter.

Additionally, despite their significant lack of size, Richmond’s guards possess a great deal of speed, giving them a fantastic ability to beat you in transition if given the opportunity. Even in the half court, they’re willing to quickly cut to the basket the second they spot a lane or have you beat, putting defenses in a tough position to either defend the three or the easy layup.

3) Who is Richmond’s star player? Who is a player that is under-the-radar that will make Wisconsin fans sound smart at the bar when they mention him to their friends?

Conventional wisdom says that Jacob Gilyard is this team’s shining star, and that’s a position that you wouldn’t receive much pushback on if you chose to take it. After all, the junior guard is averaging almost 21 points per game and notching roughly 6 assists per outing in the process.

However, you would be forgiven if you were to name Nick Sherod as the team’s star as well. After suffering a season-ending ACL injury in the Spiders’ sixth game last year, Sherod has been rehabbing hard in an effort to get back on the court. Fortunately for Richmond, Sherod looks better than ever, as he’s already putting up numbers similar to Gilyard’s.

If you want to sound smart, go ahead and commit Nate Cayo’s name to memory. While Grant Golden is the big man everyone knows (thanks largely to his luscious locks of hair), Cayo has been quietly working down low to provide an efficient offensive boost in the paint. While his scoring total has understandably taken a dip from last season, he has done his part to snag a sizable amount of offensive rebounds as well as provide a defensive potency that does not go unnoticed.

4) Are there any mismatches that Wisconsin can take advantage of?

Perhaps the biggest overall mismatch that will take place comes from the size disparity between the two teams. Not only does Richmond only possess one player who is taller than 6’10”, their guys at the 1-2-3 spots are 5’9”, 6’0”, and 6’4”, respectively. While Sherod, who often plays the 3 spot, is a muscular guy, the Wisconsin starters should have a significant ability to outsize the Spiders.

Additionally, seeing as how two of Wisconsin’s most prolific scorers this season are Nate Reuvers and Aleem Ford, Richmond will likely have a great deal of trouble preventing them from putting up big, efficient numbers on Monday night. Golden and Cayo are solid players for defending in the A10, but they’ve allowed opposing teams to shoot 58.2% at the rim this year, and that does not bode well in a matchup with the Badgers.

5) Score prediction and MVP of the game, please.

If the hot-shooting Richmond that has shown up all year long presents itself, this could be a fun game. I would love to see Wisconsin have to enter a three-point shooting contest with a Spiders team that has no fear when it comes to hoisting—and making—perimeter shots.

Nevertheless, Wisconsin is likely the more talented team, and I fear that their post presence will be too overwhelming for Golden and Cayo to handle.