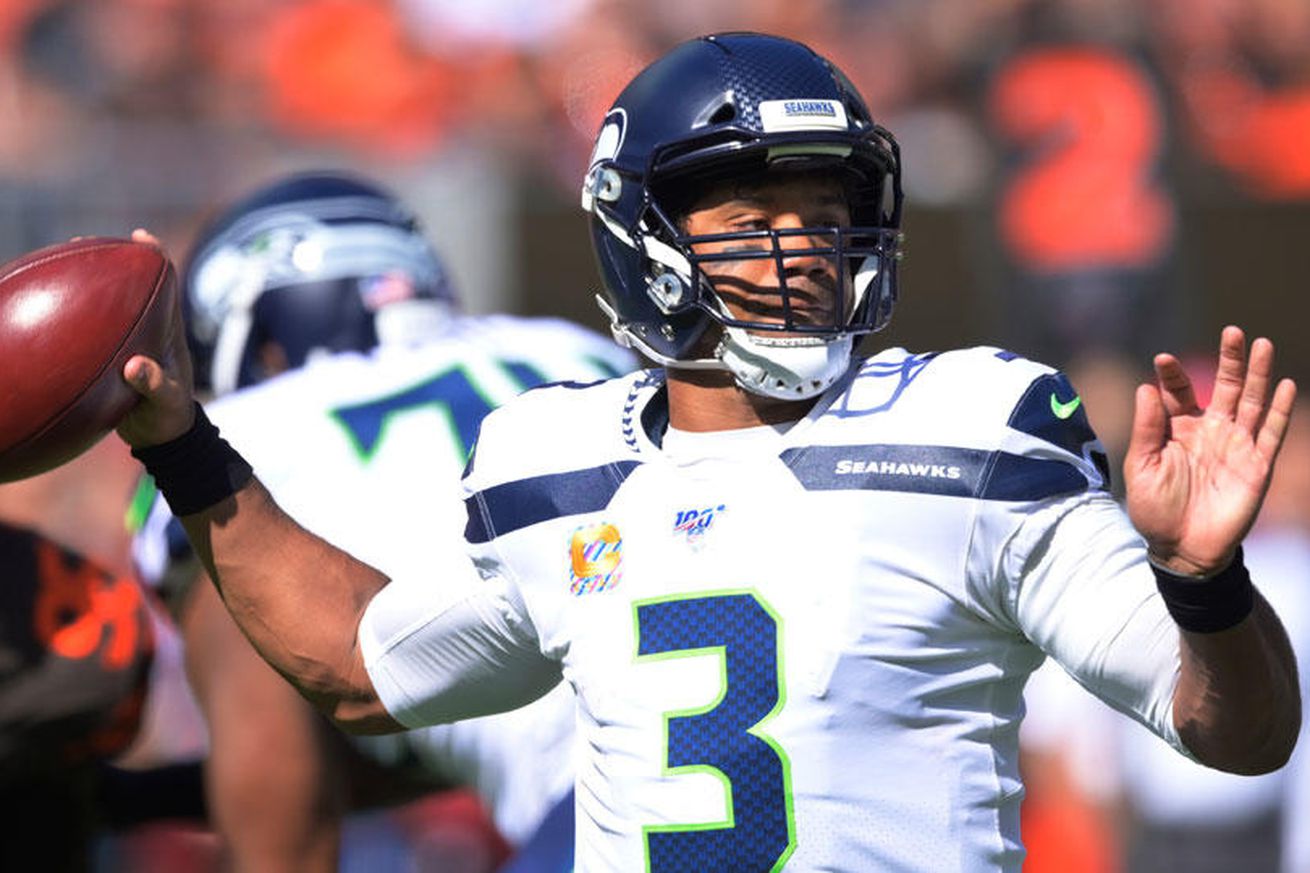 Russell Wilson is an MVP candidate, Dare Ogunbowale scores his first career touchdown and Vince Biegel starts for the Dolphins.

.@Seahawks QB @DangeRussWilson joined Aaron Rodgers (2011), Tom Brady (2007) and Carson Palmer (2005) as the only players to have a passer rating of 100 or higher in each of their team’s first six games of a season in NFL history. #NFL100 #SEAvsCLE pic.twitter.com/hl9JrBBPNo

Dare Ogunbowale in for a three-yard @Buccaneers TD! @DGO23_

I broke down some of it here pic.twitter.com/rIkF7WCLlT

T.J. Watt and J.J. Watt are the two players tied for the NFL lead in QB hits, with 14 each.

#Dolphins ED Vince Biegel earned an overall grade of 77.6 in Week 6, leading the team with 3 pressures

For the season, Biegel leads the team with 10 total pressures in just 47 pass-rushing snaps (tied for 7th-most)#WASvsMIA #FinsUp pic.twitter.com/BDOE0gHJ8d