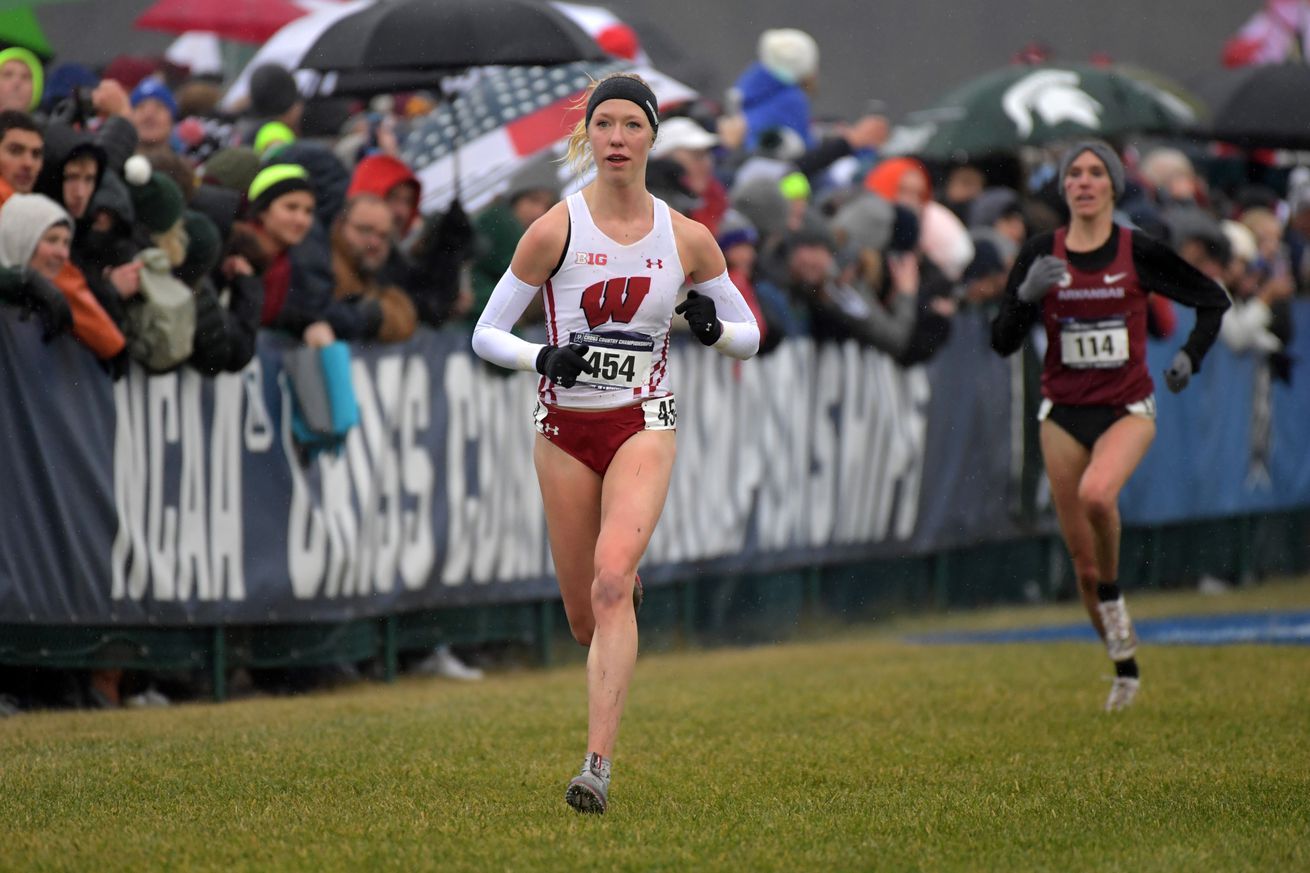 Plus: the wrestling Badgers beat a ranked opponent; Alicia Monson is really fast; and the women’s soccer team’s season comes to an end in the Sweet 16

These #Badgers have A LOT to be proud of!#OnWisconsin pic.twitter.com/hQ3vt9mofi

A tough end to a fantastic season. This year’s senior class has laid the groundwork for great things in the future.

Help us thank our tremendous senior class that became the FIRST Badger senior class since 1996 to make it to the @NCAASoccer tournament in each of their four seasons! #OnceaBadgerAlwaysaBadger pic.twitter.com/qiSqiJRpBZ

Dani Rhodes finds the back of the net to give Wisconsin the late lead!#NCAASoccer | @BadgerWSoccer pic.twitter.com/P06nBNeDo7

The @BadgerMBB team doesn’t practice in NYC that often but, when they do, they prefer to have the sun setting on the skyline as a backdrop. #badgers #onwisconsin #nyc pic.twitter.com/iDkknvbzUj

Thor smashed his hammer and got it done for the Badgers pic.twitter.com/PqQfwBePFi

Penn State on the other hand? Not quite as lucky.

DOWN GOES NO. 1 PENN STATE‼️@ASUWrestling snaps their 60-meet win streak and hands them their first loss since 2015! pic.twitter.com/KuSnzhPlFZ

finishes 2nd to lead the Badgers to an incredible 7th place finish at the NCAA Championships #BadgerPack #NCAAXC ⚪️ pic.twitter.com/5aRsu1MOq3

Back-to-back threes by Vitto Brown gives Erie a 120-112 with 2:00 left in the game! #BeHere pic.twitter.com/Er2pWVMoDn

Go back to playing Lehigh and Lafayette, Rutgers. As a big-time college football program, you’re a joke. Column: https://t.co/ZgLllYNXkp

“Please pass this on to Hobbs that this alumni of the football team who has 4 tickets on the 50-yard line is not renewing my season tickets and cancelling my $250/month donation. Enjoy your empty stadium and dried up donations all because you couldn’t get it done.”

SOURCE: Greg Schiano is not taking the #Rutgers job. These terms that @Brett_McMurphy reported are similar to what I’ve heard. RU has moved on to its back-up plan I’m told. Names to keep an eye on now: Anthony Campanile, Jeff Hafley, Butch Jones, Bret Bielema & Joe Moorhead. https://t.co/N9e8wwLP8F

B1G basketball scoreboard from this weekend (losses in bold because we are here to laugh at misfortune):

Good weekend for the B1G!