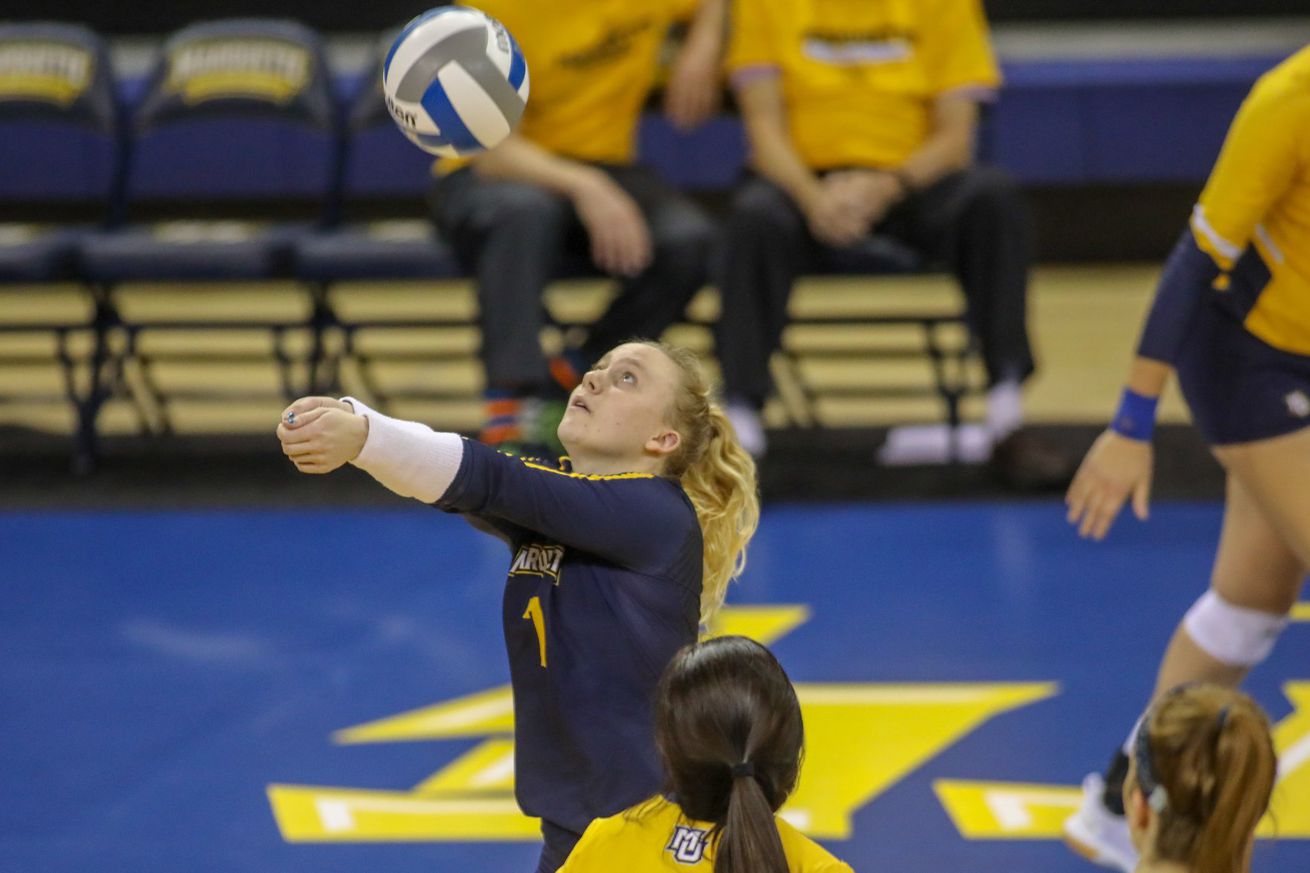 On Saturday, #10 Marquette volleyball lost to #13 Creighton at the McGuire Center. It was the first loss for the Golden Eagles since September 16th, and it snapped a nine match winning streak by MU.

On Monday, the AVCA top 25 poll came out, and as a result of the first loss in nearly a month, Marquette is no longer a top 10 team. The Golden Eagles are now ranked #12 in the country, earning 878 points in the new poll. Creighton jumps from #13 to #11 to sit one spot ahead of Marquette with 948 points. Florida is at #13 this week, earning 774 points to be a pretty solid stretch back from MU.

Baylor continues to solidify their hold on the moniker of “Best Team On Marquette’s Schedule In 2019,” as they remain undefeated at 15-0 and earned 61 of 64 first place votes to stay at #1 in the country. Wisconsin moves up one spot to #6 this week, while BYU remains steady at #9. We already mentioned Creighton, who will host Marquette in the final weekend of the regular season, and Illinois wraps up the ranked portion of our schedule discussion, holding still at #17 this week.

That’s it for teams earning a spot on at least two ballots this week. I suspect that head coach Ryan Theis would like to see more of MU’s non-con foes somewhere in here after the strong early showings in the polls, but such is life.

Marquette returns to action on Friday, October 18th, when they visit Villanova. First serve in the Philly area is set for 6pm Central, and there will be a video stream from Villanova.com.

You can check out the full top 25 right here.