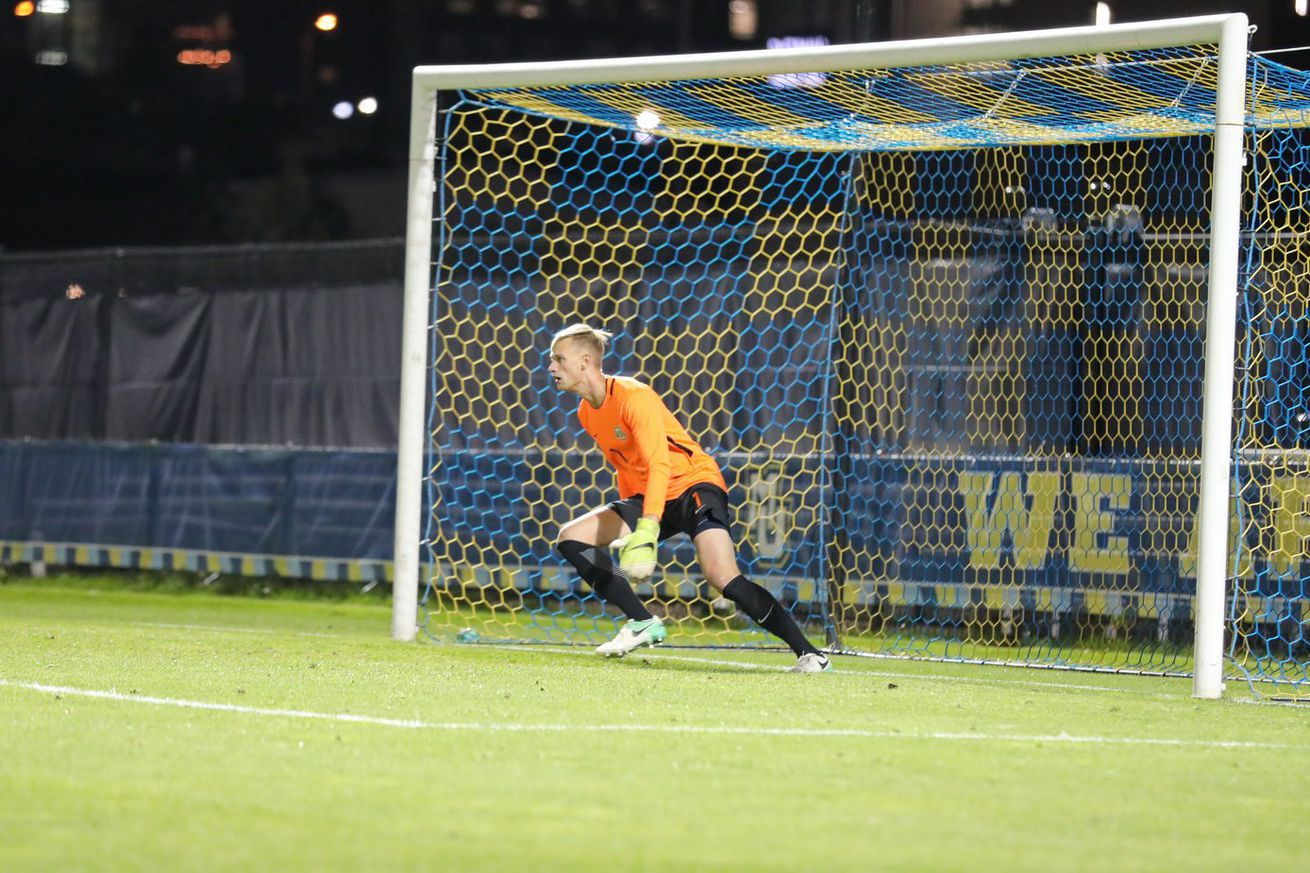 Cedrik Stern did a hell of a job to keep the score as close as it was. | Facebook.com/MarquetteSoccer

A valiant effort that was short circuited in the 10th minute.

As outlined in our preview for this match, Saturday’s men’s soccer contest between Marquette and Providence had the capacity to be a high paced match as long as Marquette could counter the Friars’ stout defense.

That concept went out the door in the 10th minute when Manuel Cukaj took a straight red card for denying an obvious goal scoring opportunity. As such, a match that had not seen a single official shot yet turned into a Providence shooting gallery. The Friars then outshot Marquette 25-2 over the remaining 80 minutes of the match and won by a final of 2-0.

The game winner came late in the first half, as Davis Smith finished off passes from Tiago Medonca and Christopher Roman to finally beat MU keeper Cedrik Stern. The German sophomore had already made four saves to preserve the scoreless tie at that point while Marquette scrambled to figure out how to both defend Providence with just 10 men and mount something of an offense against them as well.

The offense never materialized in the first 45 minutes, as MU went without a shot until the 59th minute of the match. By then, Providence was already up 2-0 off a 58th minute goal by Esben Wolf, so you can see how the Friars might have been interested in laying back a bit more.

Stern finished with nine saves, which is a career high. That’s great news, of course, but it’s one of those wildly unnecessary records. It is what it is, and all MU can do at this point is forget this ever happened and move on to the next match as quickly as possible.

Up Next: Currently in a three-way for eighth and also last in the Big East, Marquette will head out on the road next Saturday. They’ll have an afternoon start against Villanova (7-4-1, 1-2-1) with the Wildcats sitting one point ahead of MU in the table. VU lost 4-0 to St. John’s on Saturday, and they’ll have a road date with La Salle on Tuesday before hosting the Golden Eagles. Cukaj will be unavailable for this one as he sits out on a red card suspension.