Sitting in my high school band classroom as part of the highest jazz band as a first-year, I was told to leave organizations I lead better than I found them, and that’s exactly what I have done with the Marquette Wire sports desk.

Though my own four-year game clock at Marquette is expiring, I hope I have given confidence to other females wanting to go into the sports industry.

May 19, 2017: After waking up at 5 a.m. to attend my high school’s senior prank, I rushed home for a morning interview with Andrew Goldstein, the executive sports editor of the Marquette Wire at the time, about a sports reporter position.

I must have charmed Andrew because I secured the position and it took me no time at all to accept.

In a July 14, 2017 online piece, before I had even stepped on campus, the newest staff members, Chris Reisner and I, gave our opinions about Marquette basketball’s nonconference schedule. I was officially a part of the sports desk!

It was in the basement of Johnston Hall that I met the sports desk for the first time. There was only one other girl in the room. I could not help but be intimidated. 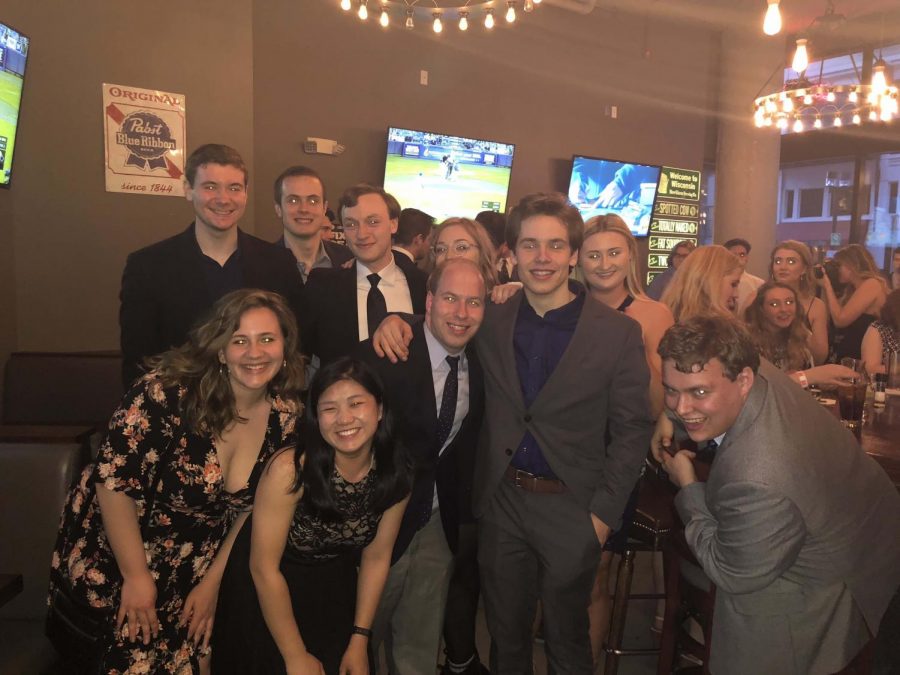 Gallery|14 Photos
Photo by Zoe Comerford
Some of the Marquette Wire sports desk member pose at the organization’s end-of-the-year banquet May 4, 2018.

The first game I attended was a men’s soccer 4-1 loss to New Mexico Sept. 5, where head coach Louis Bennett took 40 minutes to come out of the locker room. It was my first postgame interview and none of the editors could join me, but it went flawlessly. I knew I picked the right profession.

Throughout 2017-18, I covered both tennis teams, contributed a few articles to the men’s and women’s basketball beats, participated in live remote broadcasts, anchored Marquette Now’s sports segment and even wrote an award-winning story.

Even though I was just a first-year, I applied for executive sports editor. Over the next year and a half as John Steppe’s right-hand woman, I started covering Marquette’s high-profile sports — volleyball, women’s and men’s basketball, as well as women’s lacrosse. I also found my broadcast style anchoring for Marquette Now and Golden Eagle Sports Report.

But Dec. 20, it happened. I was selected for the position by then executive director Sydney Czyzon and her manager team. Never in a million years would I have imagined I would be the Marquette Wire’s first executive sports editor who was both a female and woman of color.

Even though my stint as executive sports editor for the past three semesters has been filled with adversity, it has been the most rewarding experience I’ve ever had — producing journalism that matters.

I am so proud of the way my desk has handled such a tricky year with limited coverage and 14 sports going on this spring semester. Despite the hardships, we have still produced amazing content in the Tribune, the Journal, on Golden Eagle Sports Report and on radio broadcasts, as well as live remotes. Alongside numerous awards, the Golden Eagle edition of the Tribune was one of the many achievements we had this year because even in a time without live sports, we showed how coaches and athletes can be affected by worldly issues, like social justice.

The most powerful story I wrote this year was not my feature on Steve Wojciechowski, my breaking news about the lacrosse commit or even my Journal story about the 1977 NCAA Championship. Instead, it was a column about the importance of humanizing coaches and players. 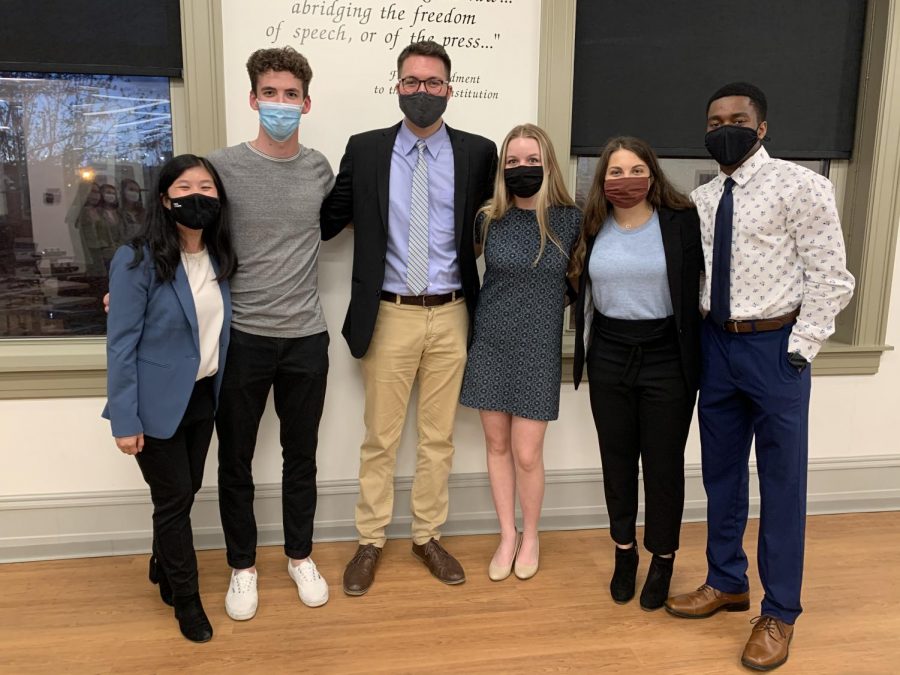 Gallery|13 Photos
Photo by Zoe Comerford
The sports MUTV team poses with General Manager, Aimee Galaszewski after the last show of the year.

The Wire has done much more than just propelling my journalistic and leadership skills. I have met some of my best friends and a lifelong support system, too. My first friend on the Wire was Kelli Arseneau and after watching Disney’s “Lilo & Stitch” and bonding over our Illinois roots, we created a friendship that has lasted to this day. Not many journalists can say they work in an organization that is family. Luckily I can.

I am blessed for the memories I have had in Johnston Hall: plenty of late nights and early mornings in the newsroom, standing on apple boxes in Studio 6, watching “The Bachelor” in the executive offices with Natallie St. Onge, live broadcasting from the radio studio and joking around before all staff in Room 415.

It hasn’t always been easy being a woman in sports, but I want my legacy to be remembered as paving the way for other females — and those of color — to become leaders in a mostly male industry. That’s how I want to be the difference.

This story was written by Zoe Comerford. She can be reached at isabel.comerford@marquette.edu or on Twitter @zoe_comerford.