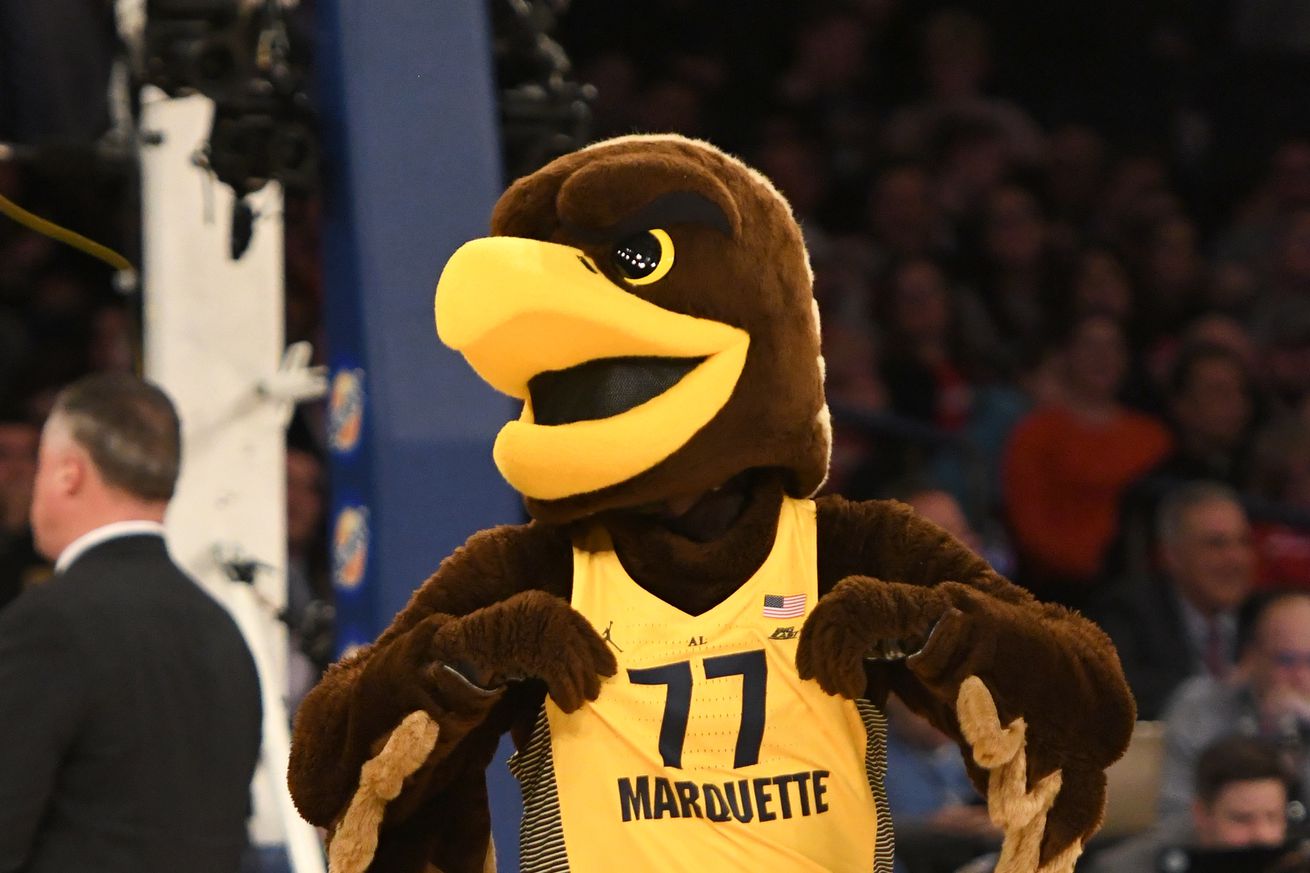 It looks like Megan Duffy is out there getting things accomplished without even coaching a game for the Blue & Gold.

Well, Bizzie’s back (tell a friend), and surprise, surprise: It’s about another Marquette commitment. Turns out, just a short time after wrapping up an official visit to Milwaukee, Danyel Middleton has committed to play for Megan Duffy and the Golden Eagles. It appears that Middleton’s decision came down to Marquette, her in-state school of Illinois, and Miami.

As we talked about in the wake of Middleton’s visit to the Al McGuire Center, there’s not that much information about her out there. It’s only been a week since we published that article, so it’s not like that’s changed in a week.

We know that she’s 5’10” tall, and she has listings as both shooting guard and small forward. We’ll go ahead and simplify that into just “wing,” as goes the modern parlance of basketball. I can point out her Hudl page, which has a whole big ton of videos of her playing for Bolingbrook High School.

These two tweets were in our article about her visit, but I feel it captures a solid snapshot of what Middleton is about as a player and what Megan Duffy likes about her:

#145 Danyel Middleton 5-10 SG IL 20’ & Mac Irvin Fire was on display showing her deep range.Rankings will be updated on the ASGR App.#JLETOP160 @NathanASGR https://t.co/Mfxl8m12zX

Danyel Middleton has been playing at high level on both sides of the ball. The SR wing guard is a very tough on ball defender with her length and agility. Has also scored in transition off of her steals plus knocked down a 3. High energy player that contributes in so many ways

A high energy all-around contributor that’s ranked in the top 150 in the country. Seems good, and I look forward to seeing her next fall.

With Middleton on board, Marquette appears to have filled all of the available scholarships for the fall of 2020. She’s MU’s fourth commitment in Megan Duffy’s first official recruiting class alongside Rose Nkumu, Liza Karlen, and the aforementioned Okosun. However, there’s the issue of Tori McCoy’s long term health to take into account here. She’s still not cleared to play after being diagnosed with a major kidney dysfunction during her redshirt season, and it’s worth noting that MU lists her as “senior” on the official roster instead of “redshirt junior” as we mark her in the official scholarship chart.

I go out of my way to point this out because it appears that the Golden Eagles are not done recruiting for 2020……. but that’s for a different article for a different time.