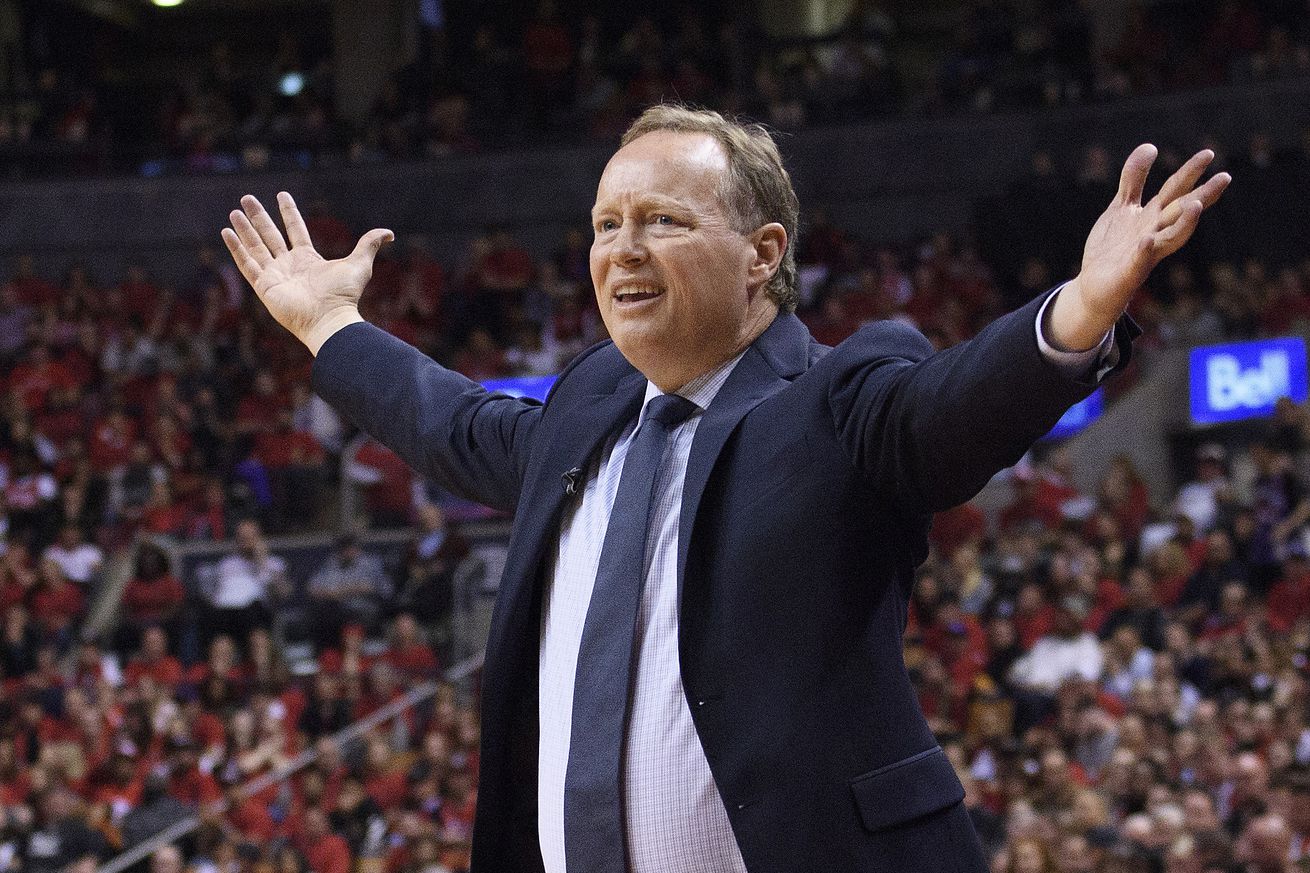 The Bucks shot a ton of threes last season, and they are going to do it again this year…but maybe not from the same places

In the first season under head coach Mike Budenholzer’s direction, the Milwaukee Bucks hoisted up 38.2 three-pointers per game, which was good for second-most in the NBA. However, only 7.9% of those attempts were from the corners.

With the addition of sharpshooter Wesley Matthews, will coach Bud and the Bucks make a more concerted effort at letting it fly from the corners? My bet is a resounding YES.

Last season between the Dallas Mavericks, the New York Knicks, and the Indiana Pacers, Matthews shot a reliable 37.2% from deep (which is just under his career average of 38.2%).

Now, let’s take a quick peek at his shot from last season.

We all know from prior seasons that Wes can light it up from anywhere on the floor, but his two most effective zones are the corners.

He shot a blistering 44% on three-pointers from the right corner and 40% from the left. It is worth noting that the league average last season was 38.4% from the right, and 37.8% from the left. That will certainly play from the Bucks; with Giannis Antetokounmpo relentlessly attacking the rim and drawing multiple defenders, it would not at all be surprising to see the majority of Wes’ three-point attempts to come from the corners this season.

This is a veteran player who has averaged nearly six three-point attempts per game throughout his nine-year career. Given the most likely outcome is that he will be inserted into the starting five, could we see his attempts from deep rise close to eight per game?

We’ll see, but my money is on seeing a ton of this.

Brook Lopez’s impact on both ends of the floor for the Milwaukee Bucks last season was astounding, specifically when it came to launching a three from practically anywhere on the floor. Lopez shot a career-high 36.5% from deep last season on 6.3 attempts per game.

Splash Mountain’s go-to zone last season was the three-pointer above the break, but he shot a meager 32.5% (below league average) on 151 attempts. Now, when it came to letting it fly from the corners, Lopez was a marksman. He canned 50% of his tries from the right, and 36.7% from the left. However, he attempted only a total of 75 threes from those spots.

With the additions of Kyle Korver and Wesley Matthews, it will be interesting to monitor how head coach Mike Budenholzers opts to space the floor with Lopez. It would be nice to see him shoot more from the corners and less from above the break.

Oh yeah, Korver. The Bucks adding Kyle Korver seems unfair. After watching him torch the Bucks for years, we finally get to see him do it to other teams. Hallelujah! I mean, just look at this shot chart, it is a thing of beauty. Hang it up in the Louvre.

Korver shot a white-hot 52% from the right corner and 42.9% from the left, both well above the league average. We saw Giannis and Korver work on their chemistry in their latest preseason victory over the Utah Jazz where Antetokounmpo was dishing no-look dimes to him…”consider this a warning, @NBA.”

When it’s all said and done, Korver will go down as one of the most prolific three-point shooters in NBA history. And he plays on the Milwaukee Bucks. With the addition of two of the league’s elite three-point marksmen, there is no telling who could stop this Milwaukee Bucks offense. Good luck.