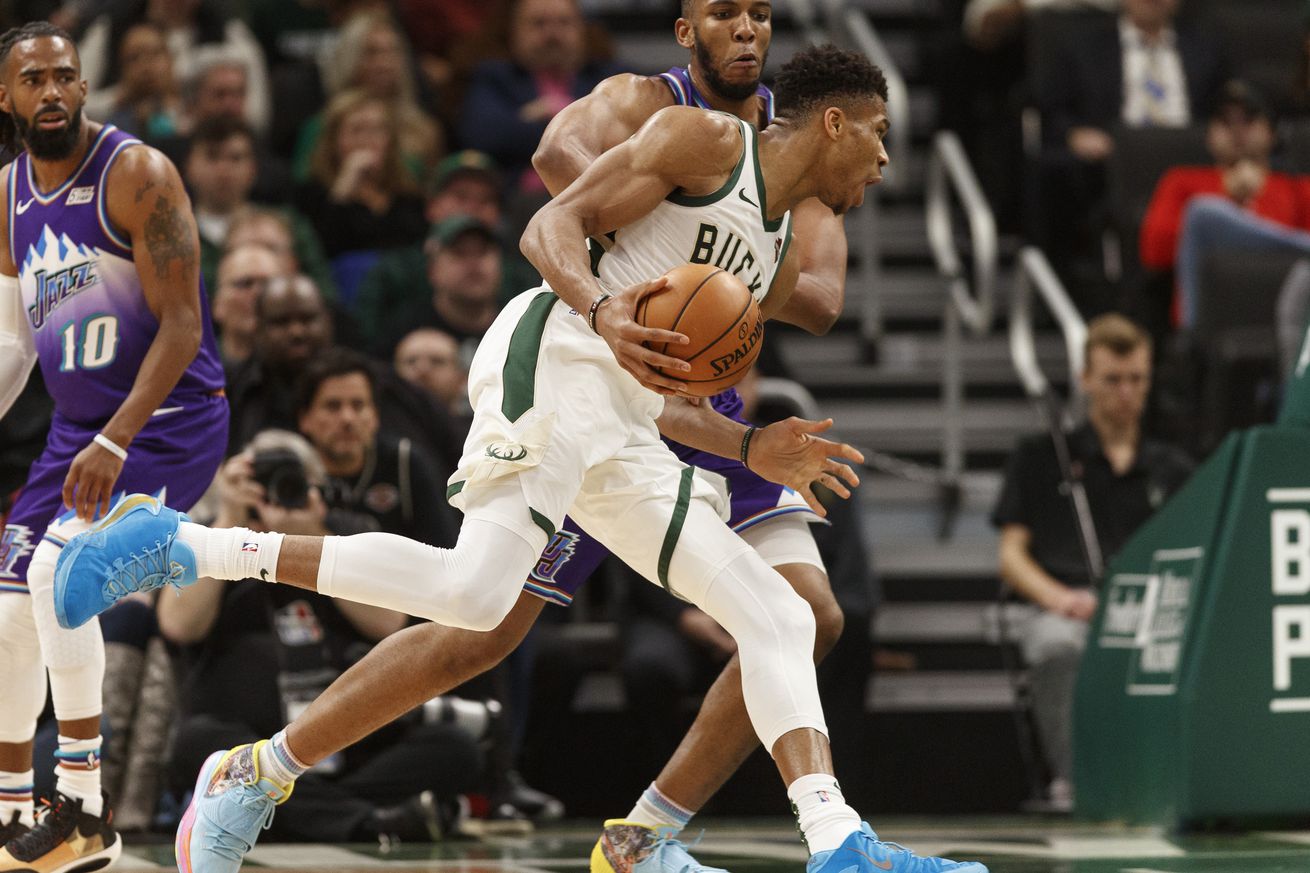 Milwaukee comes away with huge win as Giannis drops 50

In a jam-packed Fiserv Forum, the Bucks would outlast the Utah Jazz, 122-118. The main highlight? GIANNIS’ 50 BURGER.

A two minute drought would start this one for Milwaukee, with Giannis finally scoring the Bucks’ first points. Antetokounmpo would be the main heartbeat for the home team in the first quarter, totaling nine of his own. A balanced outburst from the Jazz starting five and a 47.6 percent clip from the floor would grant the visitors from Utah a two-point advantage moving into the second quarter, 25-23.

A small ball lineup of Giannis-DDV-Connaughton-Korver-Brown would be rolled out in the second quarter, and boy, was it not the solution. Everything on offense suddenly became stagnant for Milwaukee, and Utah capitalized on the other end. In 150 seconds, the Bucks would be outscored 8-2. It’d propel the Jazz to a double-digit lead that they’d hold for the majority of the quarter, only to relinquish after Antetokounmpo ignited a well-needed 6-0 run for Milwaukee. At half, the Jazz groomed a 57-48 lead.

The second half would start with a bit of good news, bad news for the Bucks. The good news? Milwaukee was hitting threes. The bad news? They couldn’t cut into the lead. The Jazz would maintain their nine point lead for a good chunk of the quarter — until Wes Matthews started stirring things up. His 13 points jumpstarted the Bucks and was the tipping point for the momentum, as Milwaukee would erase the Utah lead in a matter of moments. Heading into the fourth, the Bucks would be in front, 90-83.

That lead would quickly be chipped away by the Jazz, beginning with the play of Emmanuel Mudiay. Quiet during the first half, a slew of baskets placed the Jazz right back in the thick of things. It’d be mighty entertaining down the stretch, with both teams exchanging punches. A miss by Eric Bledsoe with 20 seconds left gave the Jazz a chance to either tie or win the game. With that opportunity, Donovan Mitchell would drive and be swatted away by Brook Lopez. Pat Connaughton would then ice it at the line.

Stat That Stood Out

Sure, I could go with Giannis’ 50 points. However, let’s go a different route. Last game, I asked Budenholzer about the recent play of Wes Matthews:

After being held scoreless a few games ago in Chicago, Wesley Matthews has now scored double figures in three consecutive games.

I asked Bud what he sees as the reasoning behind his recent groove: pic.twitter.com/fUMxy33bGN

Well, that roll that he’s on continued. He poured in 19 points tonight and was a pivotal instigator in the Bucks scratching their way back into this one. Just when everybody on the Bucks seemed to be cold and nothing could be produced, Matthews stepped up. We all knew the vacant spot that Middleton left when he went down, and it’s games like this the Bucks need from Matthews. Prior to his 13 points in the third quarter, Milwaukee looked absolutely lifeless on offense and couldn’t get much going against the stifling Utah defense. That flurry of threes he’d connect on would get something going for the Bucks, and they looked like a different team moving forward. Keep that arrow flying, Wes.