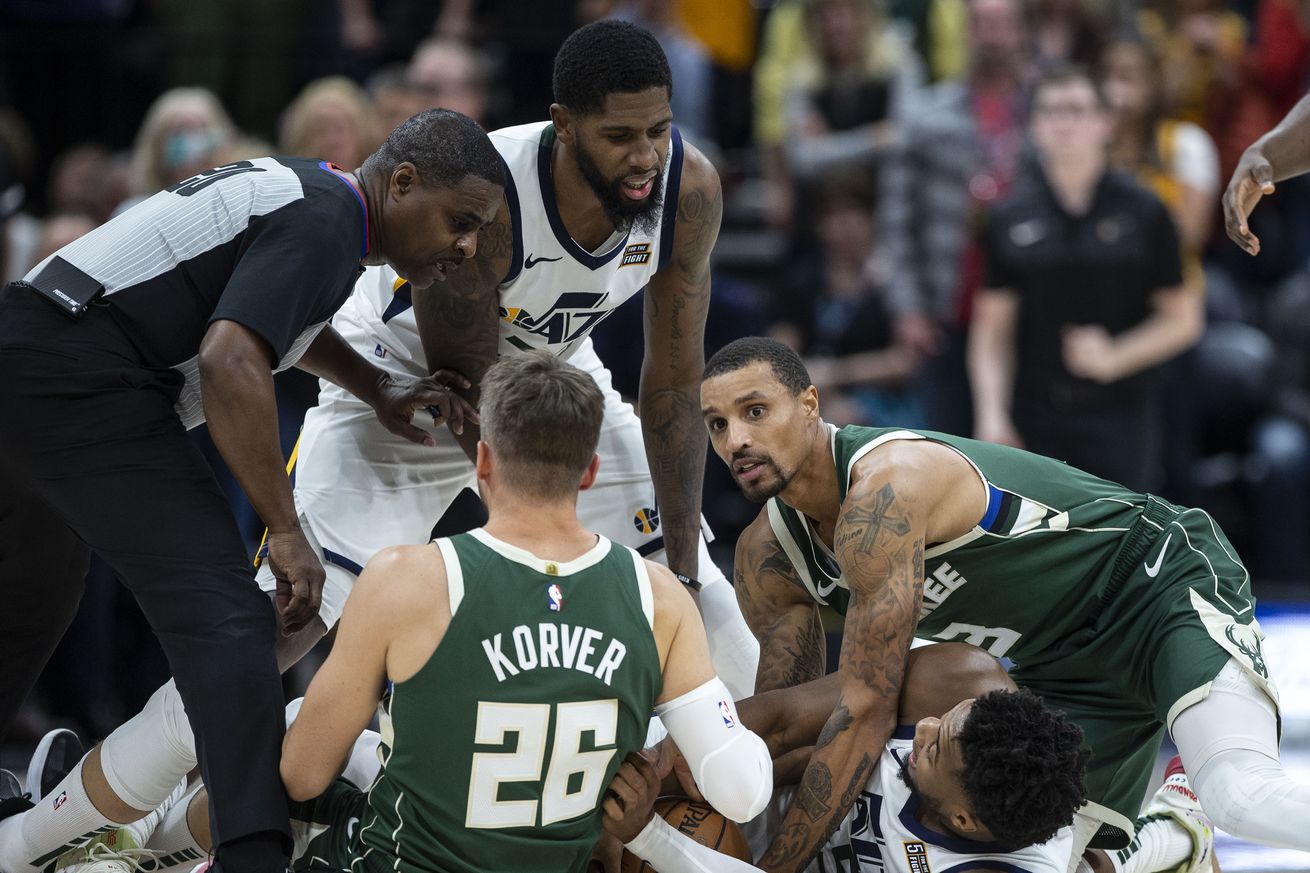 Milwaukee looks to avenge their loss in Utah earlier this year

Why it wasn’t that long ago the Milwaukee Bucks were facing this Utah Jazz team to on the third leg of their western conference road trip. Now, they have a chance to avenge the Bojan Bogdanovic game-winner that send them traveling with a sour taste in their mouths.

Milwaukee is on a roll, plain and simple. Sure, they have not faced the toughest of competitors, and many of those teams have conveniently had some of their best players missing, but wins are still wins in the regular season and they’re starting to stack up. Seven in a row is nothing to sneeze at, and their last effort was a punishing of a battered Detroit Pistons squad, 104-90. Giannis Antetokounmpo continued his streak of double-doubles (28/10) to start the year, now up to 16, but it was balance across the board other than that. No other Buck topped 13 points. Utah will pose a considerably more useful test of the Bucks championship bona fides.

This will also be a fitting test for Milwaukee’s backups in a bigger role, as the team’s big three combined for 78 of the Bucks 100 points in the loss to Utah. Bledsoe will have to hope for at least a repeat performance if the team wants to compete, when he notched 22 points, eight boards and five assists. Few things are more entertaining than a Giannis-Gobert matchup too, especially after Gobert’s stellar defense to close out the last game. Hopefully the hobbled Gobert can give it a go for this one.

Ersan Ilyasova’s status is still up in the air with left heel soreness after he sat out the Pistons game.

Hill played with Utah several years back, and he was a quiet 0/2 with 2 points in the Bucks last game out west. He’ll be thrust into a larger offensive role, but his ability to help bottle up Mike Conley and Donovan Mitchell in the opposing backcourt is likely more important. Conley has started the year cold, but who knows when he will finally break out.

A trendy pick to make some noise in the West after their Conley acquisition, Utah has largely been winning the same way they have in year’s past to this point: deliriously destructive defense. They rank first in terms of defensive rating, a stalwart part of Quin Snyder’s tenure, and Rudy Gobert lies at the center of it as usual. Fresh off a 128-120 win over the Pelicans, Donovan Mitchell put up 37 to go with Bogdanovic’s 28. Bojan has been their secondary scoring punch thus far, bringing the offensive magic he had in Indiana along with him to the Rockies. Their offense ranks in the bottom 10 though, so expect a bit of a rock fight for this one.

Rudy Gobert is questionable for this game while Ed Davis and Nigel Williams-Goss are both out.

An easy villain given his game-winner earlier in November, Bogdanovic is a microwave shooter who can heat up in a hurry. His 6’8” size makes him a tougher cover than some primary ballhandlers, so Milwaukee will have their hands full keeping him from finding his spots and getting in a rhythm.