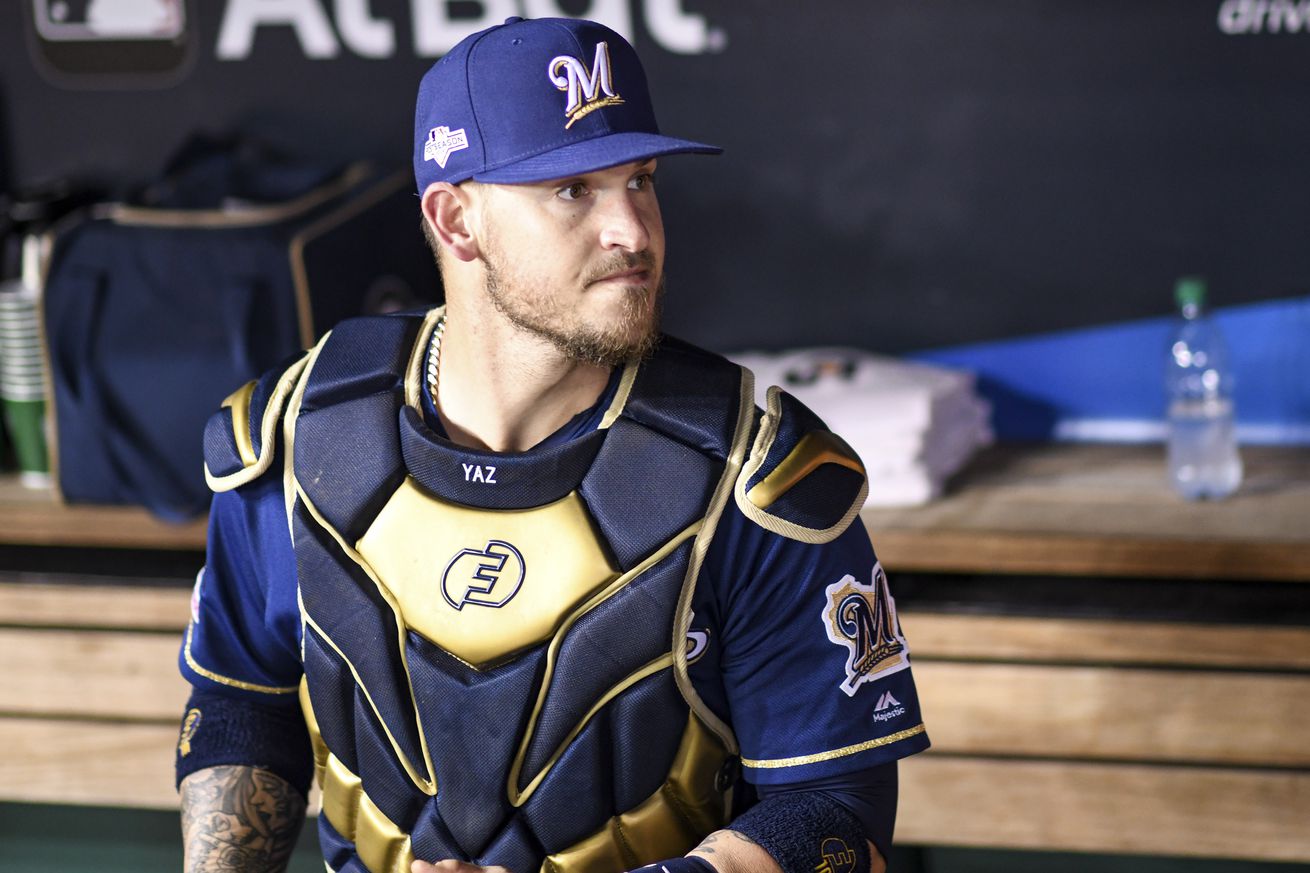 The newcomer immediately asserts himself as a valuable asset for the Brewers.

Remember 2018? The Los Angeles Dodgers had to pull Yasmani Grandal from the regular backstop position because he got a yip problem and the whole Milwaukee Brewers fanbase joked that Grandal was a Brewer. Then, in the offseason, many fans were upset that the team signed Grandal because of his defensive problems. Well, it turns out Yaz is really good and the fans were really happy he came to Milwaukee.

Grandal was Milwaukee’s biggest offseason acquisition. After years of being one of the best defensive and offensive catchers, the Brewers were lucky enough to lure him to the Blue and Gold on just a one-year deal. Although now, many of us wish it was a multiyear deal.

In 2019, Grandal led all catchers with at least 200 plate appearances in wRC+ with 129. The next closest was James McCann at 120. While his 1 defensive run saved was the second worst of his career, Yaz had the second best FRM (catcher framing runs above average) in baseball at 17, only behind Austin Hedges’ 20.7.

Yes, Yaz continued his dominance at the plate and behind it. That led to Grandal putting up the second-best WAR on the 2019 Milwaukee Brewers at 5.2, 2 behind Christian Yelich, but 3 above Mike Moustakas and Keston Hiura. It’s also the best single-season WAR for a Brewers catcher not named Jonathan Lucroy (who was also, really really good). Without him, it’s undoubtable that the Brewers are not playoff contenders.

Now, he’s likely headed to free agency. There is a $16 million mutual option in play, but it’s unlikely that both sides trigger that to bring him back. It is plausible that the team will need $18-$20 million per year commitment for Yasmani as he heads back onto the market. Although, Grandal has been a fantastic offensive and defensive catcher for years now, so his 2019 isn’t likely to change his free agency experience much from the 2018-2019 offseason.

What’s your favorite Yaz memory of 2019? If he comes back, what’s his contract with Milwaukee? Let us know in the comments.