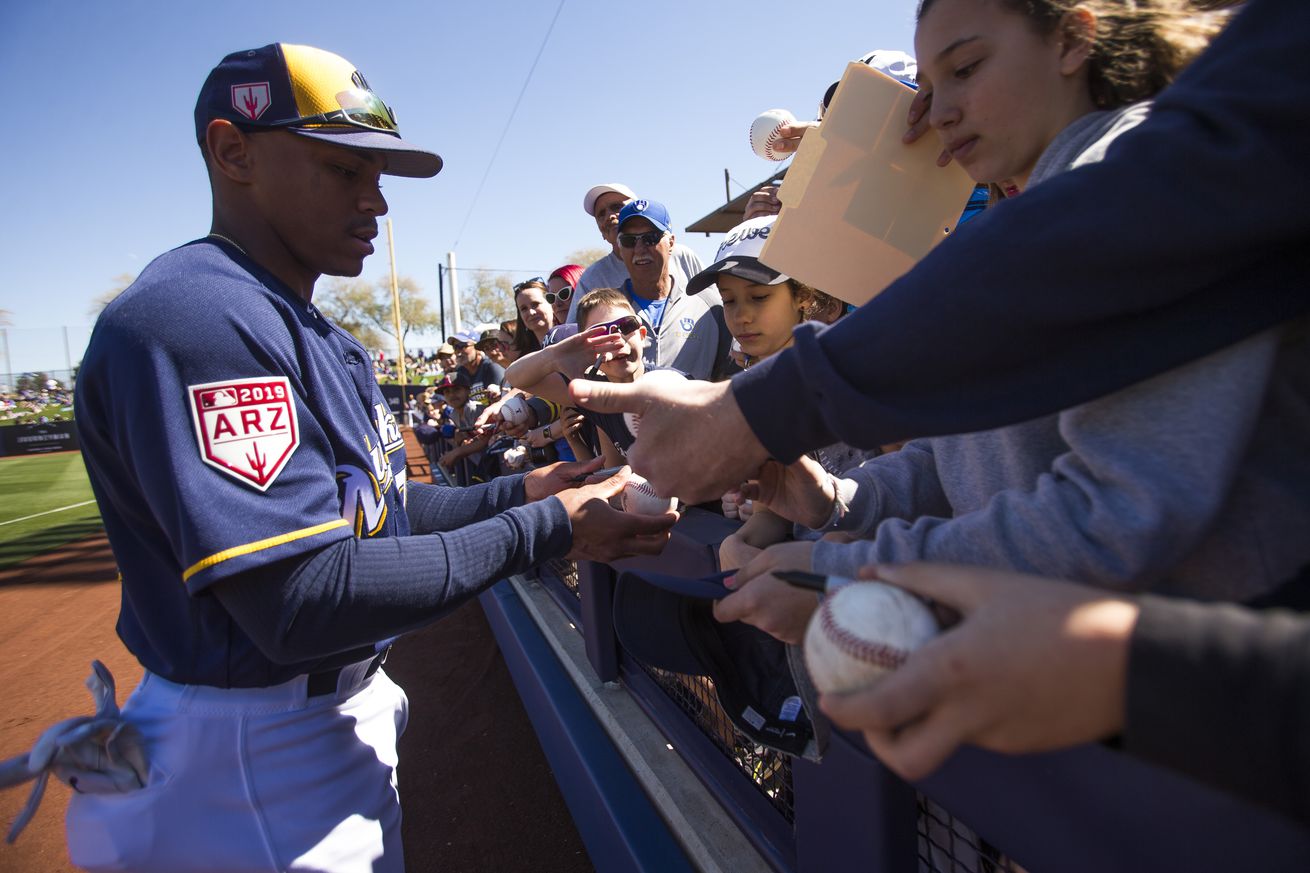 For as good as Keston Hiura’s 2019 was, Corey Ray’s was anything but. The former first round pick struggled with injury and performance, dropping him out of most midseason top-ten lists and nearly out of prospect relevance.

Ray was coming off a fairly solid season where he hit .239/.323/.477 with 27 homers and 37 stolen bases in 600 plate appearances. With a weakened farm system, Ray deserved the higher slot on the list given his output, but he couldn’t follow up on his performance from 2018.

Before getting into his season, I do believe Ray’s performance deserves an asterisk. He had been dealing with a pretty significant hand injury, which we know can adversely affect swings. I have admittedly been pretty low on Ray throughout his career. A 30+% K-rate with a sub-10% walk-rate has never been something I’ve found super appealing in a prospect. Still, an 8.7% jump in K-rate in a league with a juiced ball and historically friendly offensive conditions makes it worth questioning the role that injury played in his performance.

Ray started the season very poorly. In 13 games, he hit .184/.298/.184 with 25 strikeouts and two stolen bases. He was then put on the injured list until May 7. He wasn’t a lot better during his two-week return to action, going another 13 games, hitting .185/.267/.389 with three homers and another 25 strikeouts. The only real difference in those lines is that Ray could actually hit homers, but he was once again sent to the IL.

The center fielder finally returned to action on July 3, where he tore it up in the Arizona League, as he should. Once he finished his short rehab assignment, Ray was moved to AA and left there while the San Antonio Missions sorted out a very full outfield. His repeat appearance at AA wasn’t great either. Ray hit just .250/.348/.325 with no homers and just three stolen bases, a significant drop in production from his 2018 season.

Once Trent Grisham finally went up to Milwaukee, the Brewers moved Ray back to AAA to finish out the season on August 1. Again, Ray hit below .200, slashing .198/.263/.368 with just four homer in 28 games and no stolen bases.

The sudden absence of power in Ray’s game suggests something else was bothering the 25-year-old during the season. Whether it was a lingering hand injury or his 2018 was truly a fluke, something wasn’t right. While his prospect value is taking a much-deserved hit, I am willing to give Ray a mulligan on a personal evaluation level. I didn’t love his 2018 profile, but it was certainly better than this and suggested Ray was a player with at least a Keon Broxton-type of future. Maybe he goes through a Trent Grisham transformation? I doubt that happens, especially considering he has substantially more experience than Trenton did when you add in his collegiate years.

What do you think of Ray? Where would you have put him on the top 30 had you known the season was about to take place? Is there still hope for him?